The A - Z April Challenge: U

U is for Ungulate
. 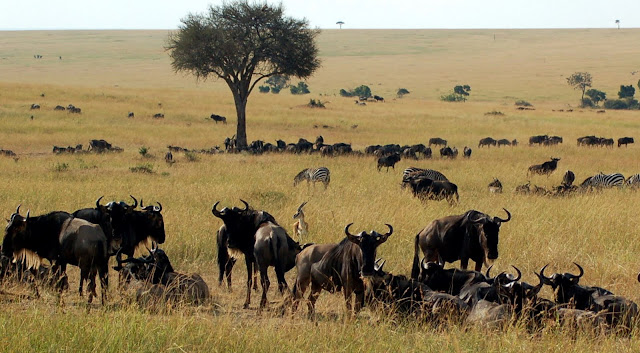 Wildebeest and Zebra
.
“Ungulate” refers to any animal with hooves. Ungulates are the grazers and browsers of the world, accounting for the majority of herbivores currently on earth. Africa’s list of ungulates is longer than in any other continent and East Africa is particularly noted for its diversity and abundance of these mammals. Unfortunately, a fair number of these species are also threatened or endangered.
. 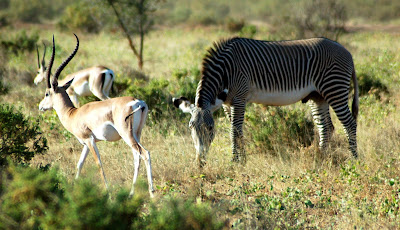 In areas where rainfall is scattered and seasonal,  animals must travel great distances to satisfy their nutritional needs....Zebra 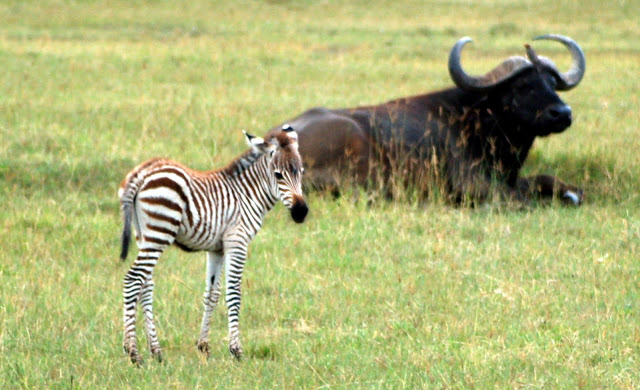 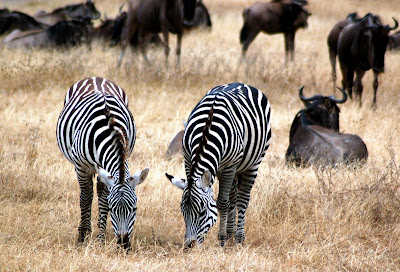 The end of the rainy season in May results in the annual Great Migration of wildebeest and other herbivores, as great herds of animals cross north from the parched Serengeti, across the Mara River and into the Masai Mara Reserve in search of food and water.  It is thought that one-and-a-half million wildebeest take part in this migration along with hundreds-of-thousands of zebra and gazelle. 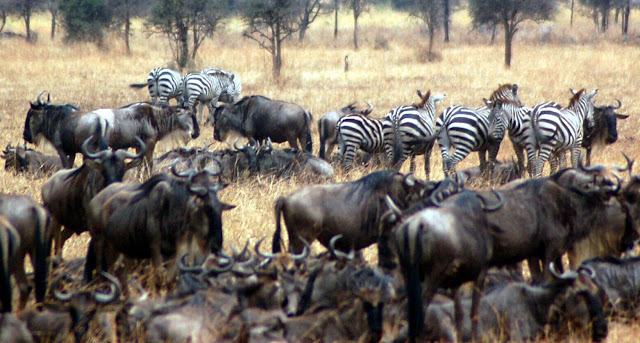 Complementary grazers preferring different parts of the same grass, Plains zebra and wildebeest often travel together. Zebras, with their superior vision and hearing, serve as an early warning system for the wildebeest…and given the choice, predators prefer wildebeest meat to zebra, so zebras  can find safety in their midst.
.
Ungulates have always been important to humans all over the world. We've hunted them...domesticated them to provide us with food, fibre, transportation and a variety of other things. In many cases, we've also pushed them to the point of extinction.
.
This puts more at risk than the animals. Locals depend on the tourism that drives the economy in East Africa. Studies reveal that 60% of the large mammals in protected areas- lions, cheetahs, leopards, zebras, rhinos, and wildebeest - have been lost in the last two to three decades alone. Quite simply,
there is no more time to lose...
.
For more A - Z posts, be sure to pop by Arlee Bird's site and see what others have done with the letter U...
.
http://www.tossingitout.blogspot.com/2011/01/very-special-and-exciting
.
Posted by Lynette Killam at 9:14 PM

It was fascinating to read about the mutually beneficial relationship the zebras and wildebeest have as they travel.

Does the deforestation and burning of large tracts of land contribute toward the reduction in number of the ungulates, also? Why are so many of the large mamals in protected areas dying, if they are "protected?" Is it due to poaching?

Good evening, Lynette,
I just love all of your pictures. I hope you had a wonderful weekend. ~Natalie

Whew, I was wondering what you'd come up with for 'U', well done!

I love the photo of the zebra foal with the Cape Buffalo.
Good job for U. X is always a nuisance, isn't it? Good luck with it!
-- K