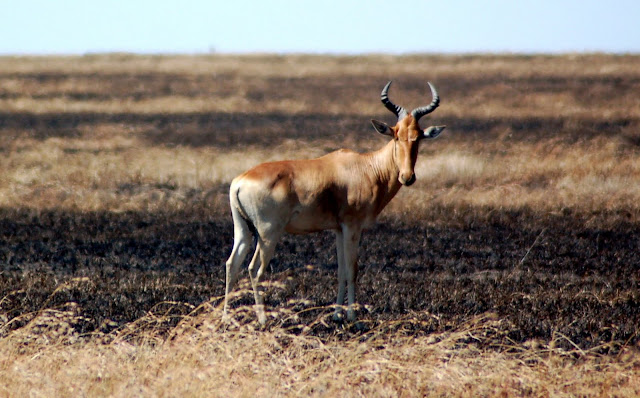 H is for Hartebeest 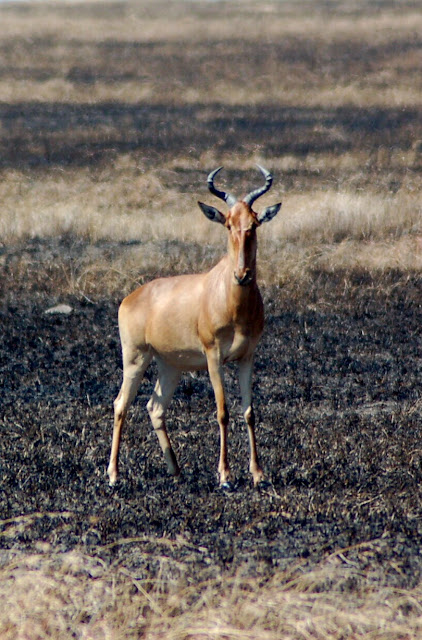 .
This fine fellow is a Coke’s Hartebeest, also called kongoni and is found on the open grassy plains of southern Kenya and Tanzania. Although ungainly in appearance, the Hartebeest is one of the fastest antelopes, and the most enduring of runners. We came across a few on the Serengeti Plain and though not able to get close, I managed to capture a few shots.
H is also for Hyena 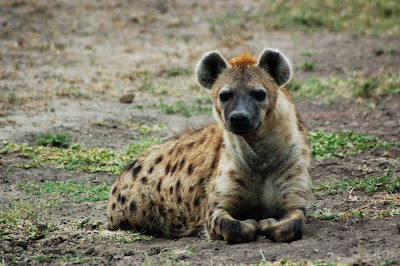 .
.
As Hyenas are nocturnal, it was our good fortune to come across them several times in the morning. Hyenas have unjustly been reviled as cowardly scavengers…in truth they hunt their own food and will fearlessy drive off leopards and lionesses who covet their kill. In spite of his fierceness, the Spotted Hyena in these photos looks as harmless as his distant canine cousins. 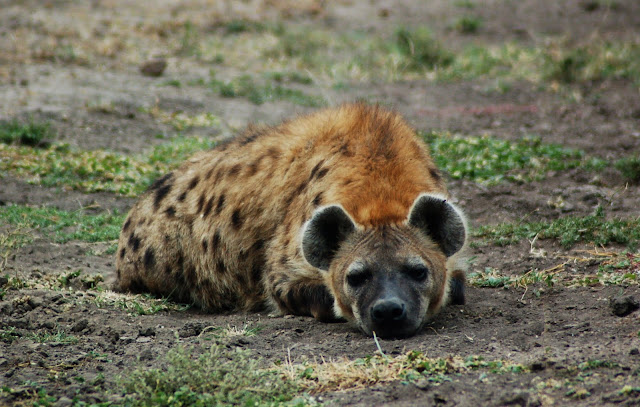 And H is also for Hyrax 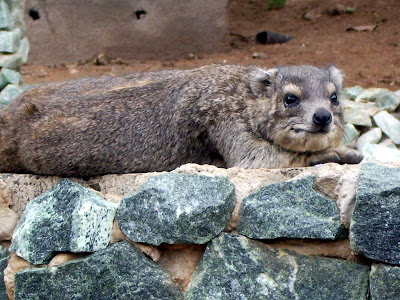 I had not heard of the Rock Hyrax until we came across them in the Tarangire National Park in Tanzania. These stocky little mammals lazed quietly on the warm stone walls surrounding the lodge swimming pool, and seemed quite undisturbed by our presence. They are numerous enough to be considered pests, but I found their funny little faces to be adorable. 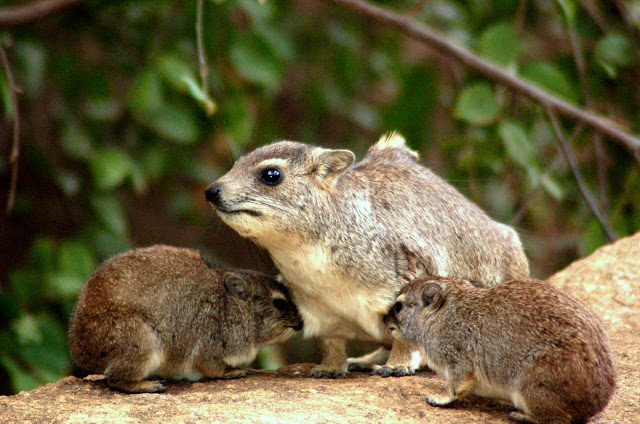 And of course, H is for Hippopotamus 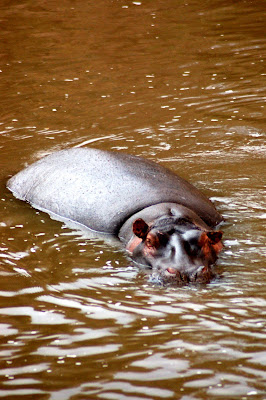 As I recently did a piece on the the semi-aquatic Hippo and his antics, I think I'll just redirect you to that post which may tell you more than you ever wanted to know about them!
.
But do notice the crocodile in the background of this last photo...they invariably lined the edges of every hippo pool we saw, neither one seeming interested in the other...
http://imaginationlane.blogspot.com/2011/03/watery-hippo-reflections.html 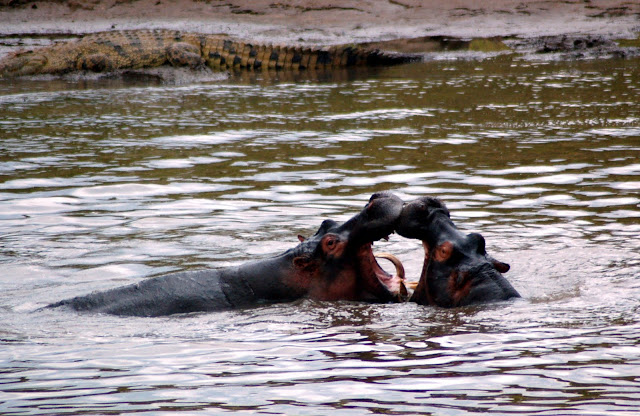 ﻿For more A - Z posts, be sure to pop by Arlee Bird's site and see what others have done with the letter H...
.
http://www.tossingitout.blogspot.com/2011/01/very-special-and-exciting


I'm also linking to Misty Dawn's Camera Critters, always a great page to check out if you have the time...:)
.
http://camera-critters.blogspot.com/
Posted by Lynette Killam at 9:36 PM

Wonderful photo's Lynette, I SO enjoy seeing them!

Lynette, do you secretly work for Nat'L Geographic?!
These are amazing~

Lynette: I've traveled but YOU have seen the world!

Thanks for the visit to GDP and your kind words. Lots of people visit my website but few comment. It is the comments that let me know I'm not wasting my time. I just love little Jackie Evancho too!

The rock hyrax certainly is a cute little animal! Wonderful shots of the hartebeest, hyena and hippo, too. I'd really like to go on such a safari some day!

Wow, loads of H's. I think the best hyenas I saw were in the Lion King performance in Jo'burg ;o) We found loads of hippos and crocs together in the rivers around St Lucia, maybe they get on because they're both vicious when grumpy!

Hey..your blog is very amazing, I love to visit everyday..
Don't forget to visit my blog too DigitalCamerasReview.us
Thank you :)