The A - Z April Challenge: C ...Succintly Yours 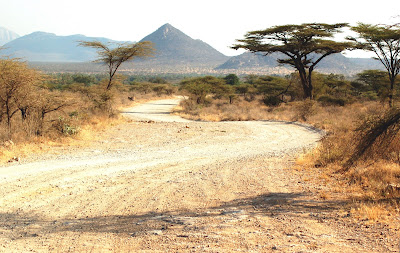 C is for Cheetah
.
Without question the swift and sleek cheetah is one of Africa’s most beautiful creatures, and we were fortunate to see many of them on the savannahs of Kenya and Tanzania.
.
Before embarking on our safari, I sought assurance we were not intruding. Though mindful that our presence was itself a intrusion, I hoped our impact might yet be minimal.
. 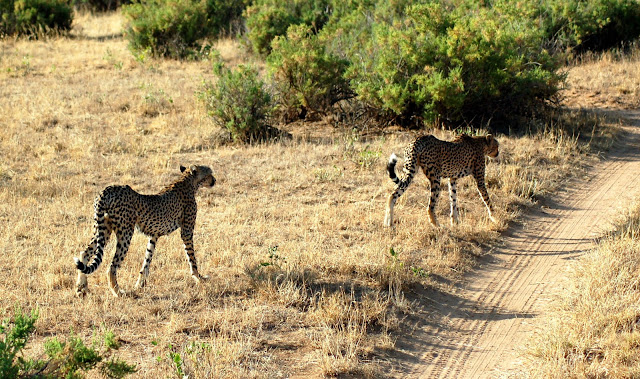 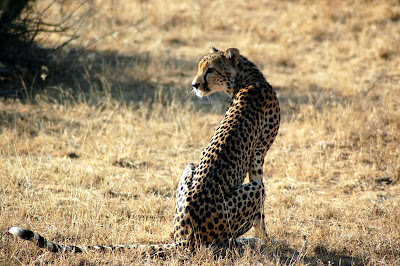 From the beginning, my fears were allayed. Riding slowly along the rutted roads on our first day in the Samburu Game Reserve, we saw a pair of cheetahs approach from the left and head toward the road.
Immediately, our driver stopped the truck and shut off the engine.
.
Unperturbed by our presence,
the lead cheetah moved 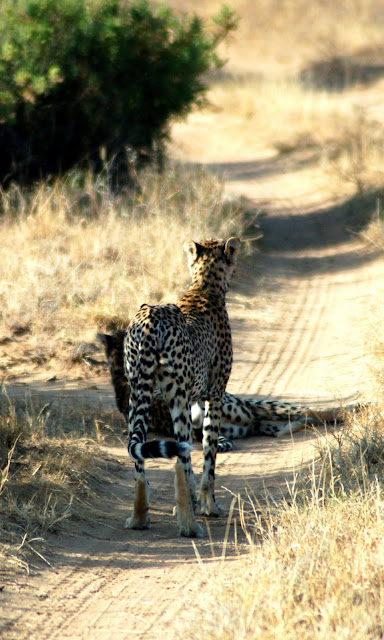 onto the road ahead of us,
and stretched himself out comfortably
on the warm ground.
.
The second soon joined him and the two began to play gently, while we watched and waited.
.
.
The morning was so still we could hear the loud purrs and snuffles that accompanied their game.
.
.
Only when they moved off on their own accord did we continue on our way. 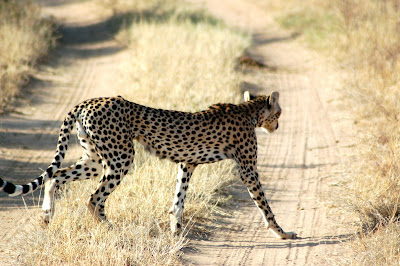 .
.
In my sixth decade, I have accrued many joys in life to look back on…yet I think only a handful will ever compare to the half hour spent on this golden plain watching two wild felines roll happily about in the dusty road like a pair of over-sized house cats…
.
Because the April 16th prompt on Photo Hunt is 'roads', I'm linking this up to tnchick...do pop in and visit the other players...
.
http://tnchick.com/
.
C is also for Cape Buffalo.
Considerably larger and much less nimble, the Cape buffalo is no less amazing a presence, given its sheer size and fearsome look. 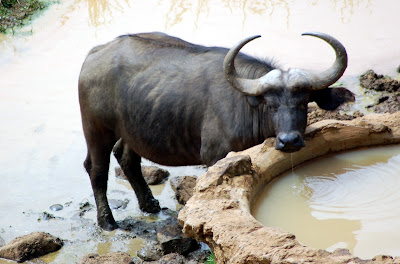 Our Kikuyu guide explained that the Cape buffalo was the most dangerous and unpredictable animal we would see in our travels, particularly one who has left his herd and become rogue.
. 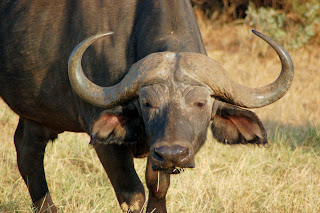 These lone buffalo appeared frequently on the grasslands, and we skirted around them most carefully…
.
For more A - Z letters, be sure to pop by Arlee Bird's site and see what other have done with the letter C!
.
http://www.tossingitout.blogspot.com/2011/01/very-special-and-exciting-announcement.html
.
.
Succintly Yours
. 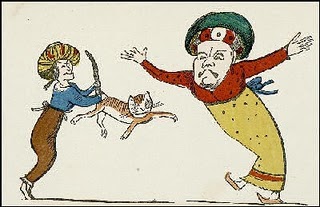 The culprit who pokes a mad cat,
Be it tiny or terribly fat,
Soon learns his mistake
For abuse they’ll not take
But will eat you in ten seconds flat!
.
.
As Monday's prompt at Succintly Yours is cat-related, I thought to include it with this cheetah post. This challenge asks that we build a tale around the picture provided using no more than 140 characters or words. Today, I have also worked the optional word 'culprit' into my piece. I have Mad Kane to thank for unleashing the limerick monster I did not know lived inside me!!
.
Succintly Yours: http://grandmas-goulash.info/
.
Mad Kane:  http://www.madkane.com/humor_blog/
Posted by Lynette Killam at 12:01 AM

Good Morning, Lynette,
I am enjoying the little trip through the alphabet. And oh, the cheetah...sounds perfect. How lucky that you were able to observe them from so close. Thank you for sharing the photos.

Have a wonderful week ~Natalie

Magnificent pictures,it must have been such a thrill to have seen these wonderful animals :o)

To see Cheetahs playing in the wild is something you will never forget - how truly wonderful:-)

To see these animals in their own habitats -- what a blessing for you!

Very cool. I have a cheetah magnet from SA that says 'the next tourist to call me leopard gets to be lunch' :oD

Wonderful photos - I wish I could see them in wild!

Such beautiful creatures and wonderful photos. I could almost feel the heat, the dust, could almost hear the snorts and snuffles.........sigh. Lovely.

These are fantastic photos of the cheetahs! It's amazing how close you could get to them, even close enough to hear them purring!

I loved your limerick and I laughed a lot!!

I arrived to read your mf and certainly enjoyed it, but the cheetahs and cape buffalo were the real highlight of my visit. What a wonderful experience. Thanks so much for sharing it.

Fabulous shots and a lovely C for A-Z....
wouldn't want that spell to be cast on me...Good MF.

The cheetahs are amazing. Love that you said this post could be titled 'beauty and the beast!' True, that.

they're so majestic!
what a wonderful experience you had
I'm so happy that the tour waited for them, I hate when people disturb animals in their home
good on them

My but those Cheetahs are lanky cats!! Great shots!!

Wow! You're turning into a limerick maven! Very cool! I'm enjoying your limericks, both here and on my blog in response to my Limerick-Offs. Your limerick muse is alive and well! I love it!
Mad Kane

Great photos and I enjoyed the Micro.