The A - Z April Challenge: P

Africa boasts many treasures among its wildlife, not the least of which is the rich array of birds that populate the continent. For today’s A – Z Challenge, I offer two of them…
. 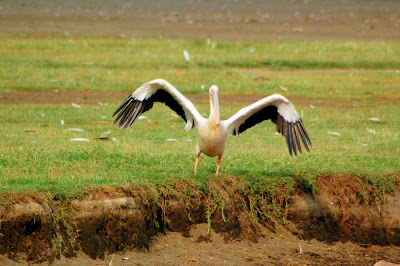 P is for Pelican
.
.
Great White Pelicans are large birds that look awkward on land, but are powerful and regal when flying in spectacular V-formations. 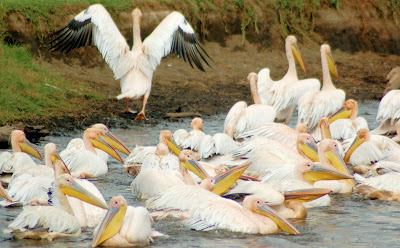 .
Their pouches serve as scoops to gather up the large quantities of fish they consume each day. Because of overfishing, they are often forced to fly great distances to find food.
. 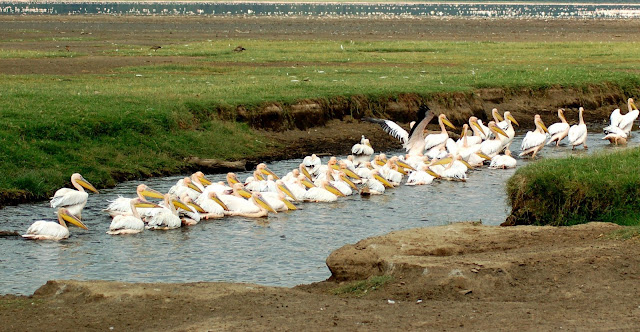 Great White Pelicans at Lake Nakuru with a sea of flamingos in the background
.
Human encroachment, pollution and loss of habitat are contributing to the decline of the Great Whie Pelican. People exploit this bird in many ways. Their pouches are used to make tobacco bags, their skin is turned into leather and the fat of young pelicans is converted into oils used in traditional Asian medicine.
.
Humans are the pelican’s greatest threat…
.
.
P is also for Plover
. 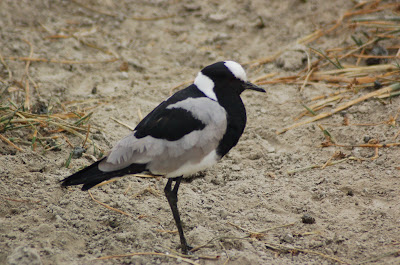 .
The striking Blacksmith Plover is found in the wetlands of Kenya and Tanzania. This bird’s numbers have actually been bolstered by the presence of humans as they’ve expanded into areas where dams are built and farms established
.
They feed on insects, worms, snails and mollusks. An opportunistic forager, the plover also plucks parasites from the backs of reptiles as they bask in the sun, and will even enter the mouth of a crocodile to pick remnants of food from between its teeth or leeches from the lining of its mouth. 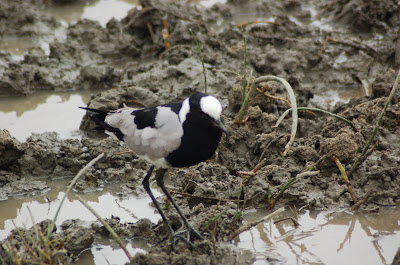 Sad to hear about the exploitation of pelicans.
Plovers are plucky little birds - but it's a symbiotic relationship with the crocodiles so I suppose they're reasonably safe;-)

Unfortunately humans are the greatest threat to most birds and animals.

From the sublime to the ridiculous in bird size there!

I love these beautiful birds....especially the pelicans. Wonderful!