The A - Z April Challenge: E

E is for Elephant
. 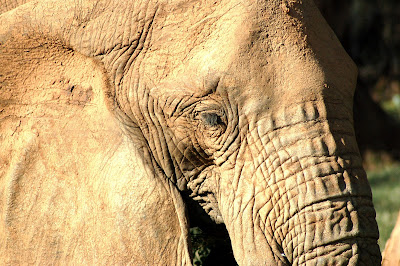 .
No African Alphabet would be complete without including the simply
magnificent
elephant. 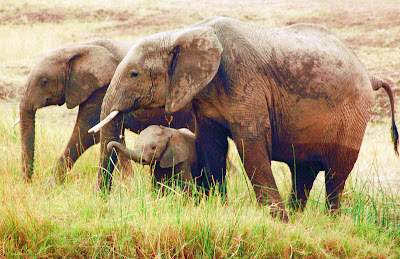 .
Bigger than his Asian counterpart, the African Elephant is the largest living land animal, averaging 10 feet tall at the shoulder, with a weight of 6 tons.
. 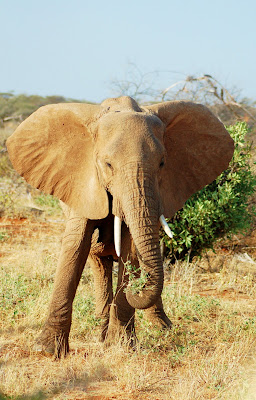 He has large
ears, up to 5 ft
long, which
are shaped like the
continent of Africa. 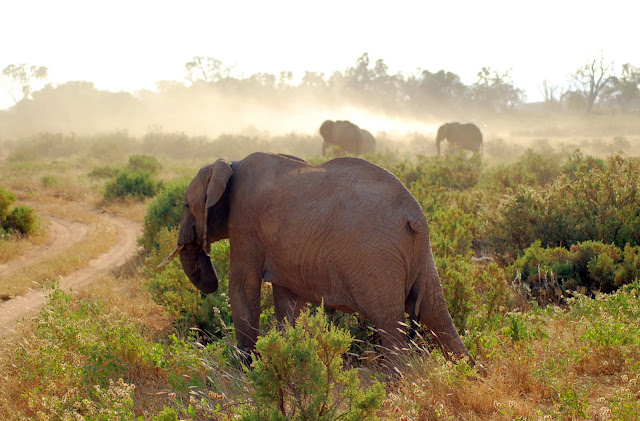 .
Elephants are herbivores who spend 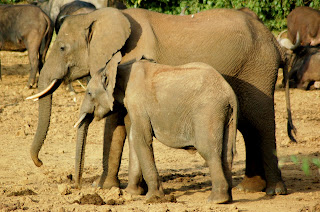 much of their time eating, and
must travel great distances in search of food.
.
.
In Kenya and Tanzania, we observed the Savannah elephants, which differ in size and features with the Forest elephants of the central and southwest equatorial forests. 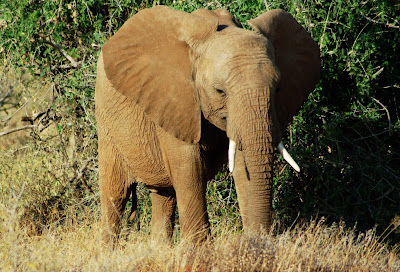 For many years, elephants were hunted extensively, both for sport and for the  coveted ivory tusks that garnered much profit for poachers. 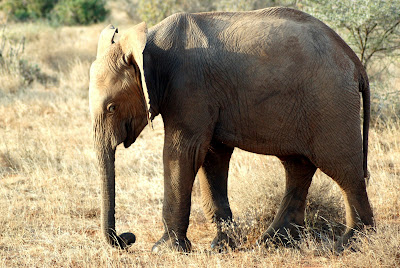 .
Elephant populations declined alarmingly as a result of this savagery, but since 1989, when the sale of ivory was banned, their numbers have begun to come back. In spite of this limited success, they remain endangered. Loss of habitat affects elephants all over the world, and poachers continue to slaughter them, stealing only the tusks for illegal trade, and leaving the rest to rot.
.
E is also for Eland
. 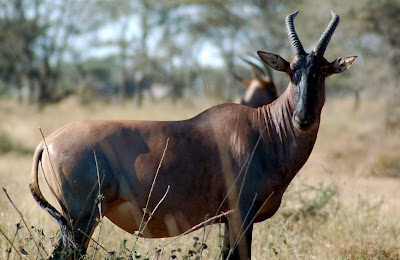 The Common Eland is the largest antelope on the African continent. It is an impressive animal with its spiraled horns and bulky body.
.
Elands are herbivores, feeding in the morning and late afternoon, and resting in shade through the heat of mid-day. 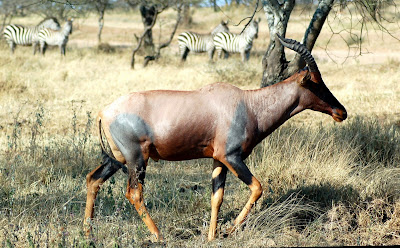 While not on the endangered list, their numbers are still threatened as human encroachment slowly but surely pushes back the boundaries of their world.
Elands are also poached for their superior meat, and as they're docile and inactive, very little effort is required to kill them.
.
.
For more A - Z posts, be sure to pop by Arlee Bird's site and see what others have done with the letter E...
.

http://www.tossingitout.blogspot.com/2011/01/very-special-and-exciting-announcement.html
Posted by Lynette Killam at 8:19 AM

And is there anything cuter than a baby elephant?

These are really awesome E snaps...and the informative on the Eland....great post.

I just love your photo's ... such beautiful animals :o)

I so love elephants. It saddens me that so many species are endangered through human greed and waste. Beautiful beautiful photos!!

These are fabulous elephant and eland photos, Lynette. I like the wrinkles on the old elephant's face. I wonder if anyone "raises" elands for meat. I realize that's kind of a crude question, but ironically, it's one way of preserving the species. I'm a carnivore...not p.c., but that's the way I am. [Don't tell PETA I said this... :-) ]

Love the two offerings for 'e', looking forward to 'f'

These are fabulous pictures! Thanks for stopping by!

Beautiful animals.. so sad what greed does both to animals and humans as well as the earth itself :(