The A - Z April Challenge: I 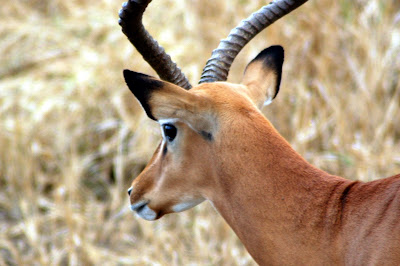 I is for Impala
.
Of all the antelopes on the African plains, the Impala became a favourite. They had the curious habit of running ahead of our truck on the dusty roads in what appeared to be a game… neither veering off to the open verge, nor moving on without us when we stopped. 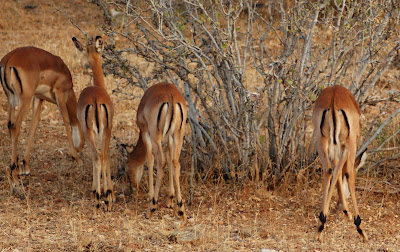 .
Once our guide pointed out that Impala were easily identified by the ‘m’ on their hind ends, we began to see them everywhere! 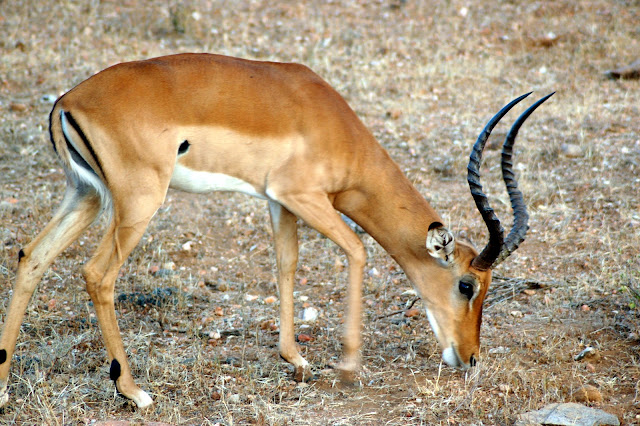 As is usual in the antelope family, only the males are horned, and the Impala’s lyre-shaped horns are most impressive. Young males spend many hours butting heads in preparation for adulthood. 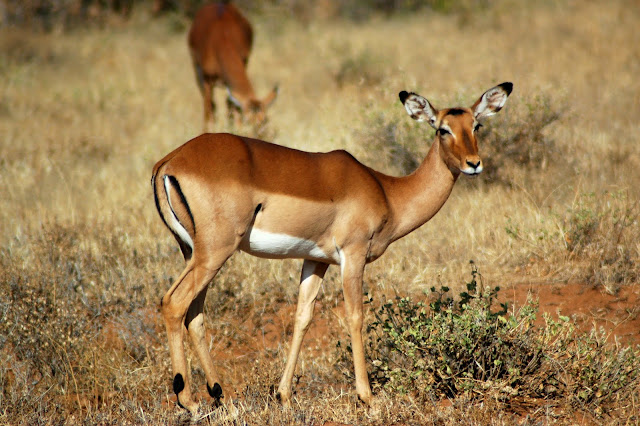 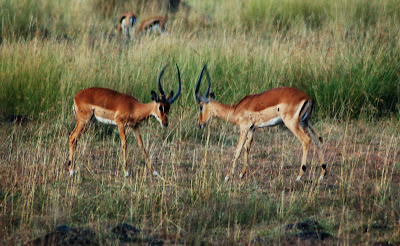 Common Impala have an unusual method of self-defense. When startled or threatened, the entire herd begins leaping around to confuse its predators. They can jump distances of over thirty feet, leap as high as nine feet in the air, and run at great speeds. 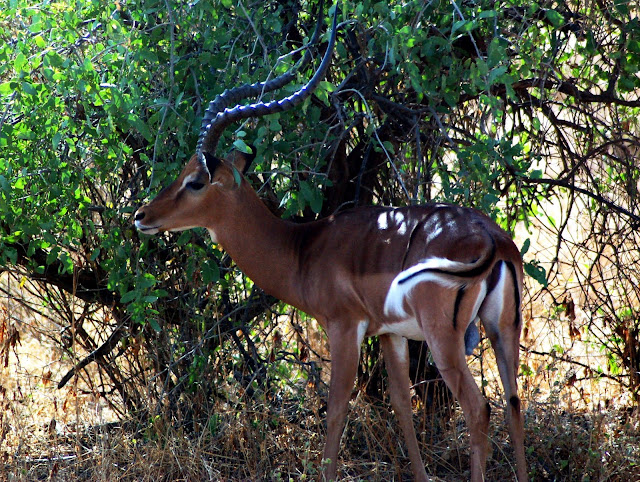 Clearly, these strategies work, as their numbers are plentiful in Africa, especially on the Masai Mara Game Reserve in Kenya and the Serengeti in Tanzania. This is welcome news indeed when so many species are under threat…
.
.
﻿For more A - Z posts, be sure to pop by Arlee Bird's site and see what others have done with the letter I...
.
http://www.tossingitout.blogspot.com/2011/01/very-special-and-exciting
Posted by Lynette Killam at 8:09 AM

Beautiful animals!! I can see how their confusion method would work well LOL :)

Those markings are so very striking. Your last photo is just beautiful - a wonderful play of light and shadow.

Beautiful and graceful. But when I see the word "Impala" I always think of the car.

She Who Carries Camera said...

what a stunning animal! i'm enjoying seeing all your posts in this series!

These are beautiful snaps....of a graceful creature.

Impalas are such beautiful and graceful creatures! Now I know to look for the M on their hind ends the next time I'm at the SD Zoo Safari Park. I had no idea they could jump so far or so high! Very interesting post, Lynette.

Ahhh, the MacDonalds of the bush ;o)