I'll Show You Mine If You Show Me Yours!

On this morning of World Book Day, I made a list of the books I’ve read recently. It amused me that the mix I came up was so eclectic – everything from children’s books to novels to true-life accounts of heart-breaking reality. This has piqued my curiosity… does everyone bounce from genre to genre as I do, and indeed, how many people are as passionate about reading as I am? 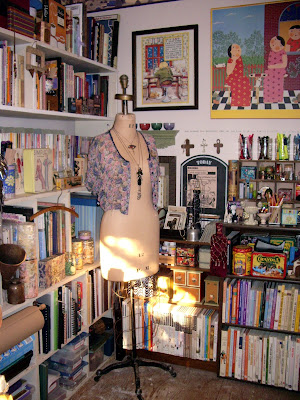 .
.
Books are the world to me. They took me through a troubled childhood by being my friends when I had no other and my refuge when the world asked more of me than a child should have to give. As an adult, they have been my joy and my inspiration…a continual celebration and exploration of life in all its diversity. In the thrall of bookish delights, an idea began to form in my head.
While I have never hosted an event or a challenge, I realized I would love to know what my blogging friends are reading, and what part books play in their lives. If I shared my favourite reads might others be enticed to do the same?
.

To that end, I offer, “I’ll Show You Mine If You Show Me Yours.” I’m talking about book lists, of course! The following is a random list is of what I’ve read over the last six or eight months. These are the first fifty titles that came to my head, though I’ve gone through many more, clearly the reason I’m accused of always having my nose stuck in a book! 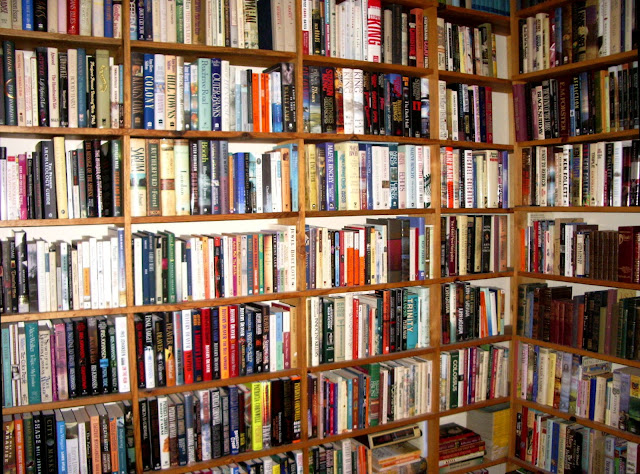 
Fiction:   (These are a few of my favourite authors.) 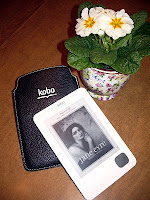 I'm really hoping you will share your reading list with me, whether it contains forty titles or four. And if you have only one book that's touched you lately, let me know about that one...it  may be just what I need at this moment in time.
.
If you choose to post on your own blog, do leave the link in my comments so I can visit, or simply leave a message if you'd prefer. On this World Book Day, lets celebrate in grand style! 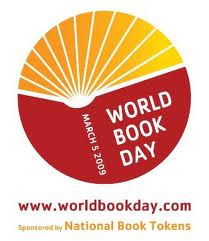 Posted by Lynette Killam at 7:35 PM

Oh man, I can't actually remember all the books I've been reading, although I can tell you I've just finished I Don't Know How She Does it, and before that had done the latest 2 Janet Evanovich books. I'm a fan of crime fiction, particularly comedy crime fiction, and am not averse to a bit of chick lit at the end of a long day at work. I do read the occasional autobiography though, and some historical fiction on occasion, and I've really been enjoying the Dorothy L Sayers books from the 1920s/30s on audio book of later. Guess I'm quite diverse too!

Hey, no fair! You read Moby Dick? I've been reading that book for about 2 years now. Maybe 2 and a half. I'm stalled at Chapter 83.

Hi Lynette, long time no see. What a lovely challenge. Books also play a large part in my life and I'm aspiring to write my own first book by the time I turn 60 (in less than 11 months' time!) I've read four books this year: Wilbur Smith (South African author) Those in Peril, Beverley Harper (Australian author, like a female Wilbur Smith) Jackal Dance; Born Wild, (Tony Fitzjohn) and 44 Charles Street by Daniele Steele. I'm currently busy with The state of Africa by Martin Meredith. Since last visiting your blog, I've moved from Kenya to Tanzania. I miss the valley so much but I always adapt and am getting to love our present life in a diamond mine camp again. Hope you have a wonderful weekend. Blessings. Jo (PS my Internet is very erratic here and I struggle to blog or visit much)

So great to see you posting and what a cool challenge. I have read many of the books on your list (no surprise, as we share the same interests. Books have been my friend all my life too. I have been carrying home an armful from the library every week since I was five. Sixty years! Whew! I remember how much A Tree Grows in Brooklyn meant to me as a young girl........Wuthering Heights.....Look Homeward, Angel......Marjorie Morningstar. Now I mostly read memoir and nonfiction......the most recent being The Memory Palace, a memoir by Mira Bartok, about her childhood with a schizophrenic mother.

I love this challenge and will hopefully be back with a link......

I am back with my link. This was FUN!
http://stardreamingwithsherrybluesky.blogspot.com/2012/03/world-book-day.html

Lynette!
I'm so glad to see/hear from/read about you!
Fifty titles sprang to your mind, did they? Well, I know I've read hundreds of books but fifty anythings don't immediately spring to my mind these days unless they're related to planning a kitchen reno.
However, I'm going to write a post about books and link it back to you. If Sherry can do it, so can I. LOL
Luv, K

Hi Lynette, it's been a while since your last post! Nice to see you again with such an interesting post! Books mean a lot to me, actually I can't even imagine a day without a book! Your list is pretty impressive! Mine would be very eclectic:)
I love crime stories - Elizabeth George, Ian Rankin, Patricia Cornwell, PD James among others. I also like biographies - my favourite is TS Elliot's, and books about cities. I've recently red awesome book about Prague and fascinating book about London. Well, there are so many waiting to be read:)
Oh, I'm also a great fan of modern Indian literature - I do love Anita Nair, Mishra and Prethi Nair! And Winnie the Pooh of course!
Have a great weekend:)
Joo

So nice to see you posting again, Lynette! Books really were my friends when I was growing up and there certainly were many that captured my imagination. To name a few: Ann of Green Gables, Alice in Wonderland and Gulliver’s Travels. I also remember some themes but not the titles. I might have mentioned before that one book was about a little boy who had a long and realistic dream that he transformed into a cat. The beautifully written tale was told with a great sense of mystery and explained the idiosyncrasies, territorial urges, battles, curiosities and self-sufficiencies of cats. I learned that there was no such thing as a common cat. :) I spent hours and hours diving into hundreds of fantastic stories that drew me in completely. Reading was my great escape!

Thanks so much for dropping by my blog and leaving a comment. I lost readers when I took a short break, so I really enjoy each and every visitor that stops by. I too love to read. Like you, books filled a need in my childhood. I haven't read much recently due to not enough time...I spend way too much time reading blogs & Pinterest!!! The last thing I've read are lesson plans and student teacher reflections...mid-term grades were due!!! I guess the last book I read was THE HELP...finished it a few weeks ago. I enjoyed it but didn't really care for the ending. I felt there was so much more to tell and I wanted to know what happened to the characters!!! I am definitely going to jot down some titles from your list. Maybe there will be more time this summer!

Hi Lynette-
What an incredible book list-- I'm so impressed! I just finished Rules of Civility and loved it. Right now I'm reading A Russian Winter- I'm loving it also.

I'm sorry to be returning your visit to my blog so late. We've been traveling for a bit- just now returning to stable Internet! Thanks for visiting me - it's always wonderful to her from you!
Vicki

Wonderful, inspiring post! I have so many I glance through daily, but right now I am reading "The Secret" by Weatherley Cooper
"The Creative Habit" by Twyla Tharp
"One Year to a Writing Life" by Susan M. Tiberghien

I love this post!!! Glad you are back :D