You Have To Love Sundays...

For my husband and I, Sundays are an adventure. Each week, we hop in the car and pick a direction to drive. Some of our jaunts keep us reasonably close by. Others involve hundreds of kilometres and an arrival home time in the small hours of the morning. 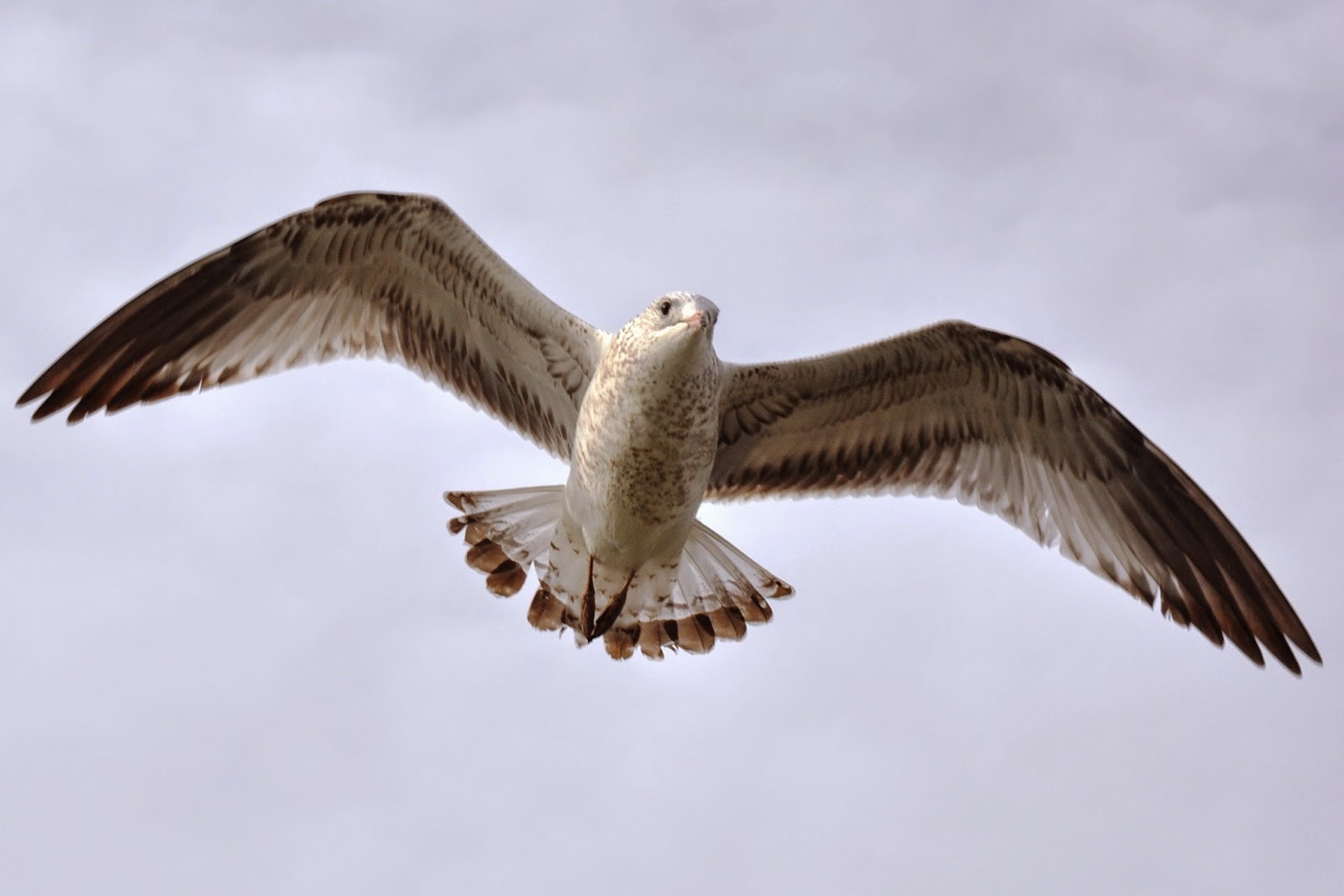 On this last Sunday - windy, warm and grey - we chose to visit Steveston, a beautiful spot not far from Vancouver.


On arrival, we came across a man feeding copious amounts of birdseed to the seagulls and crows. This gave me a chance to get some close-ups of birds in flight, always a welcome opportunity. 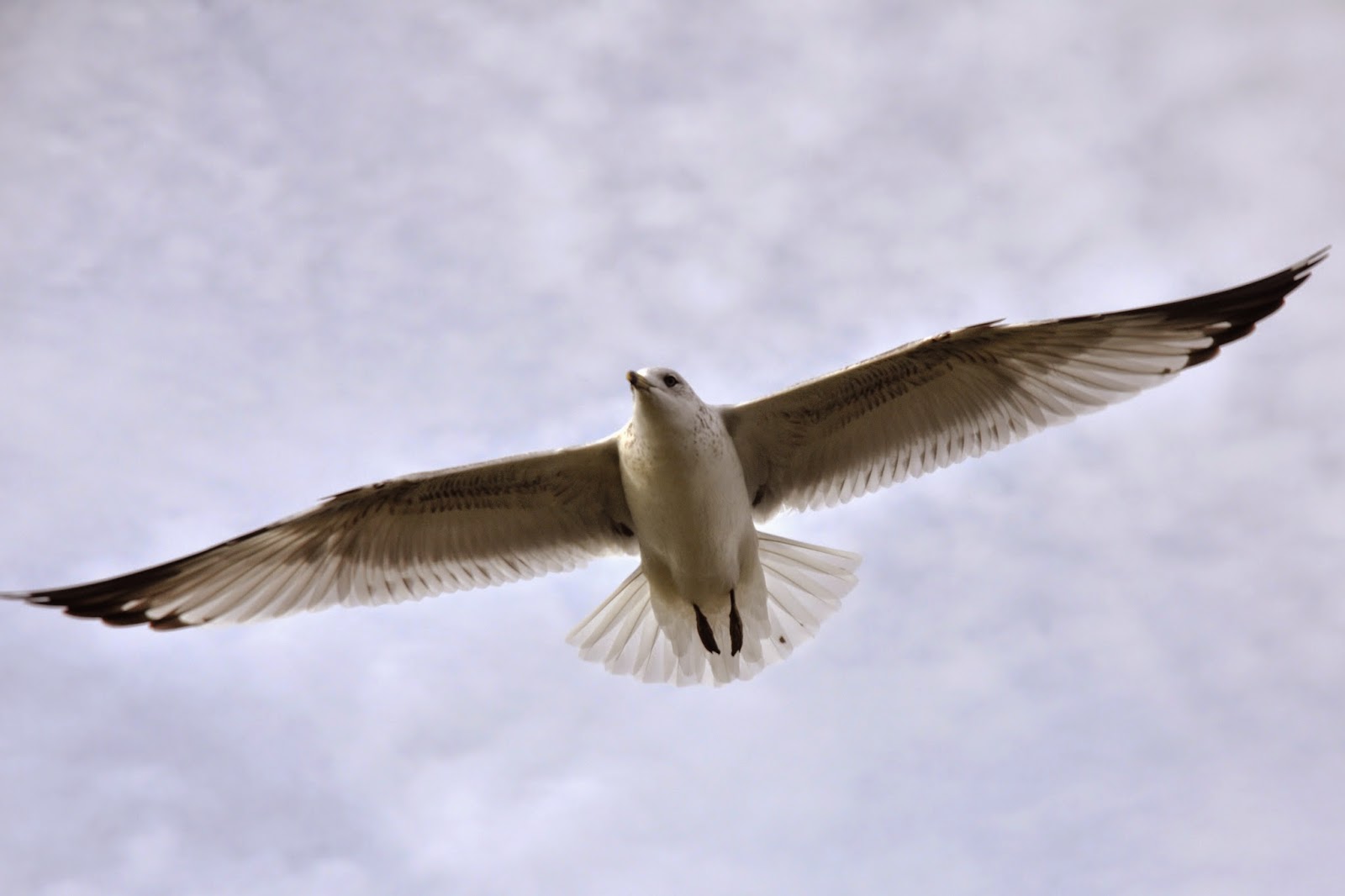 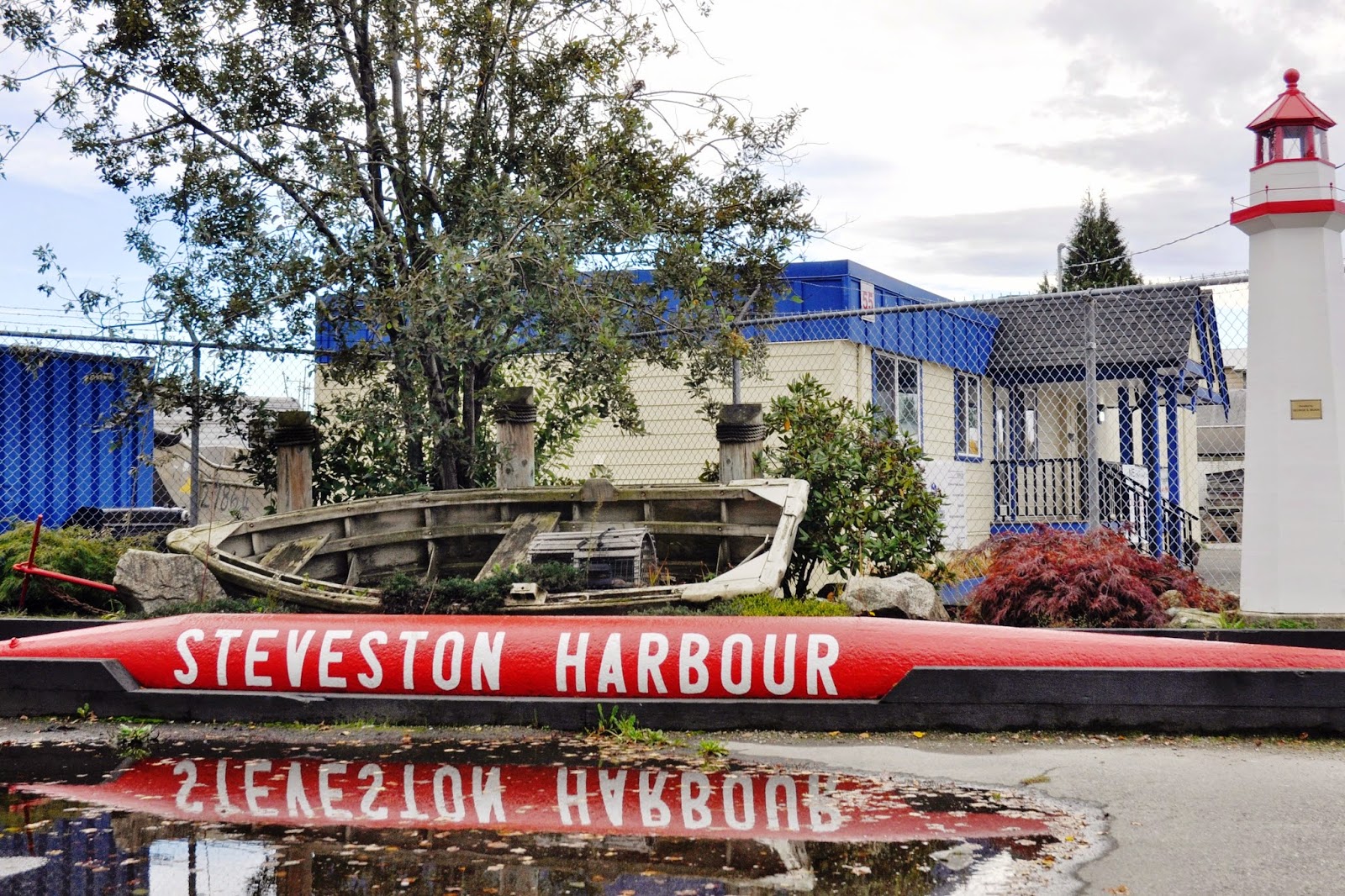 Next on our list was a visit to the boats docked by the pier, selling their fresh salmon, tuna and sea urchins. 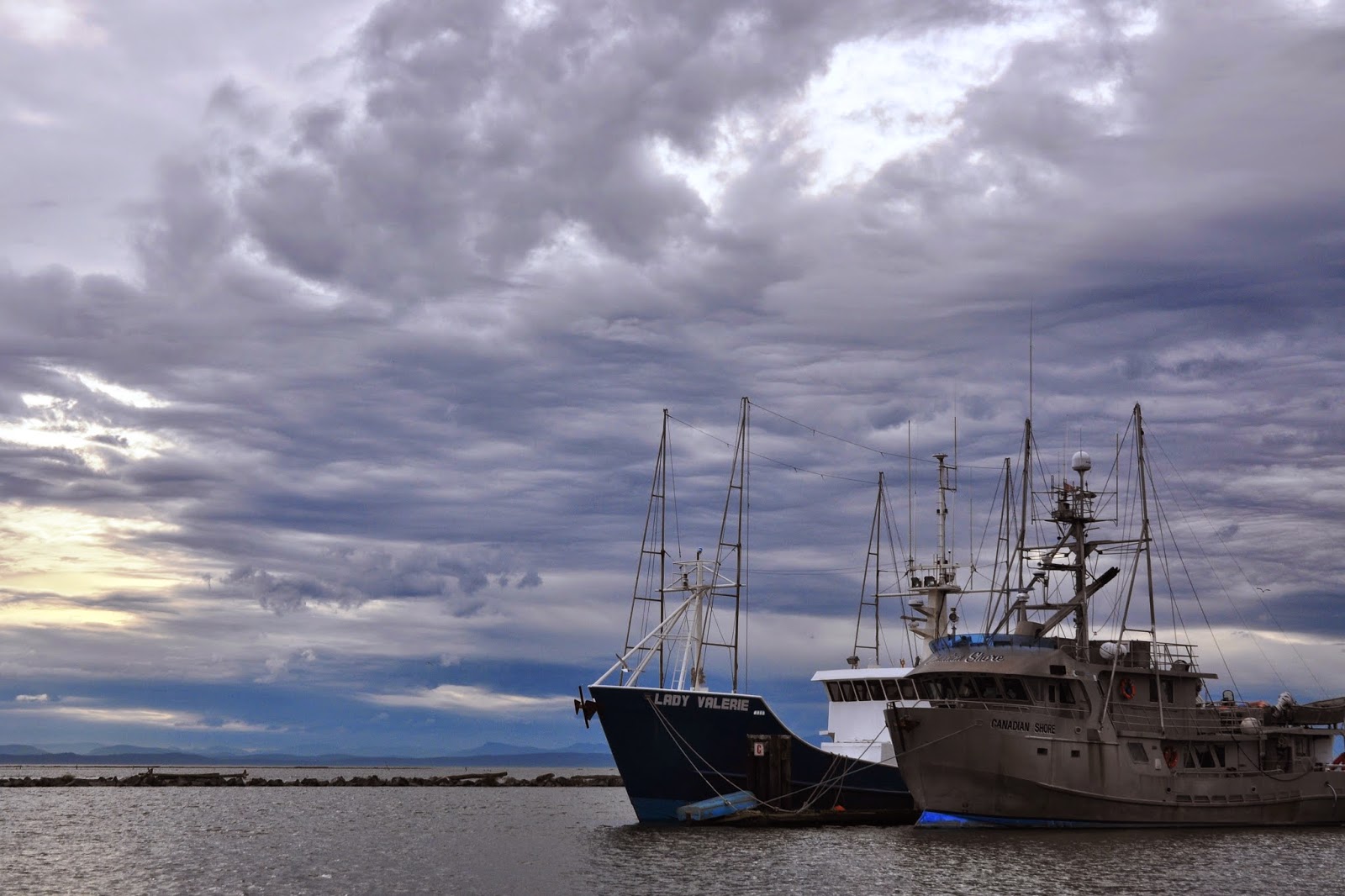 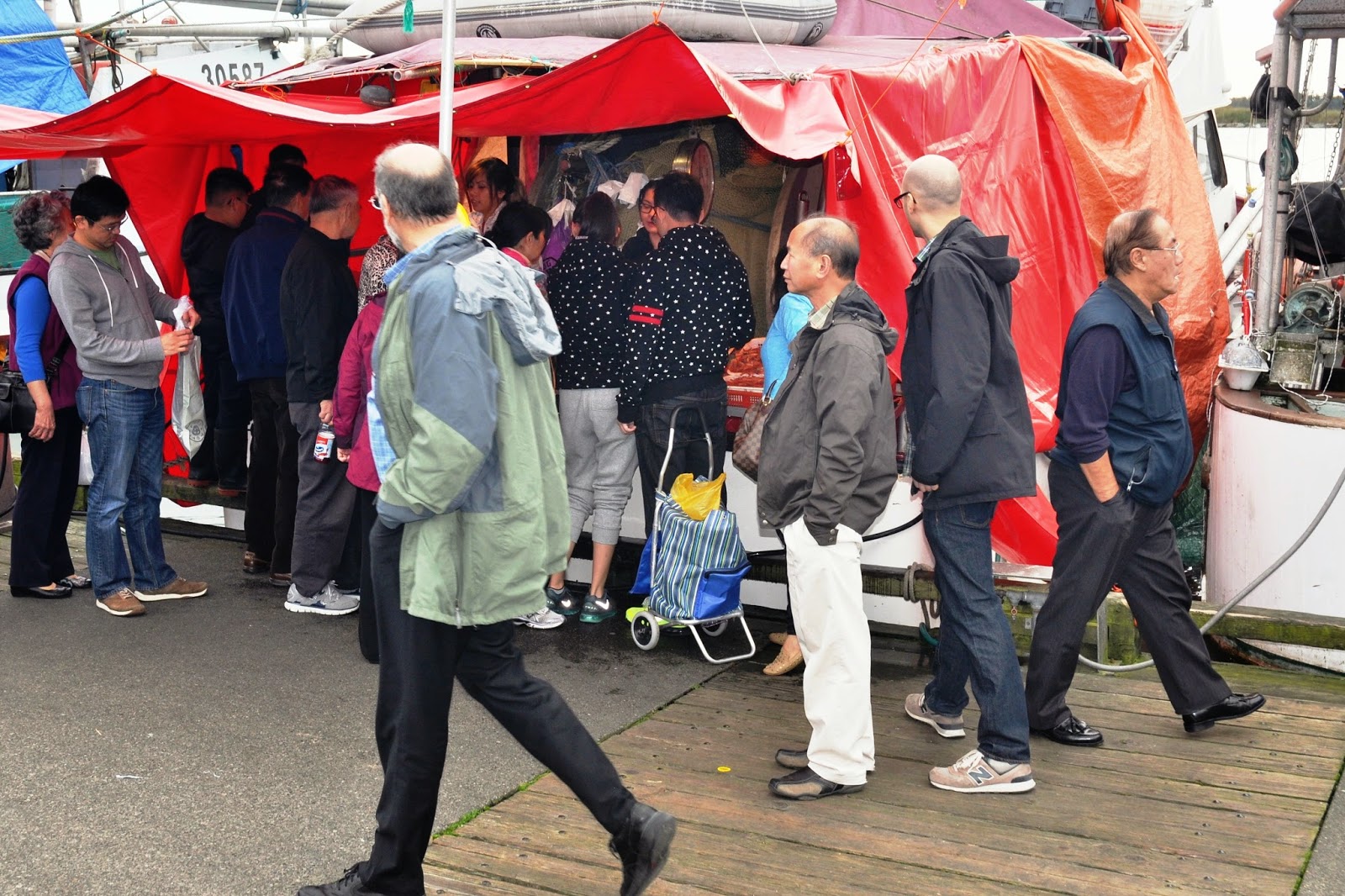 Because it's been a decent fishing season, we were able to get a large and
inexpensive salmon for our dinner. 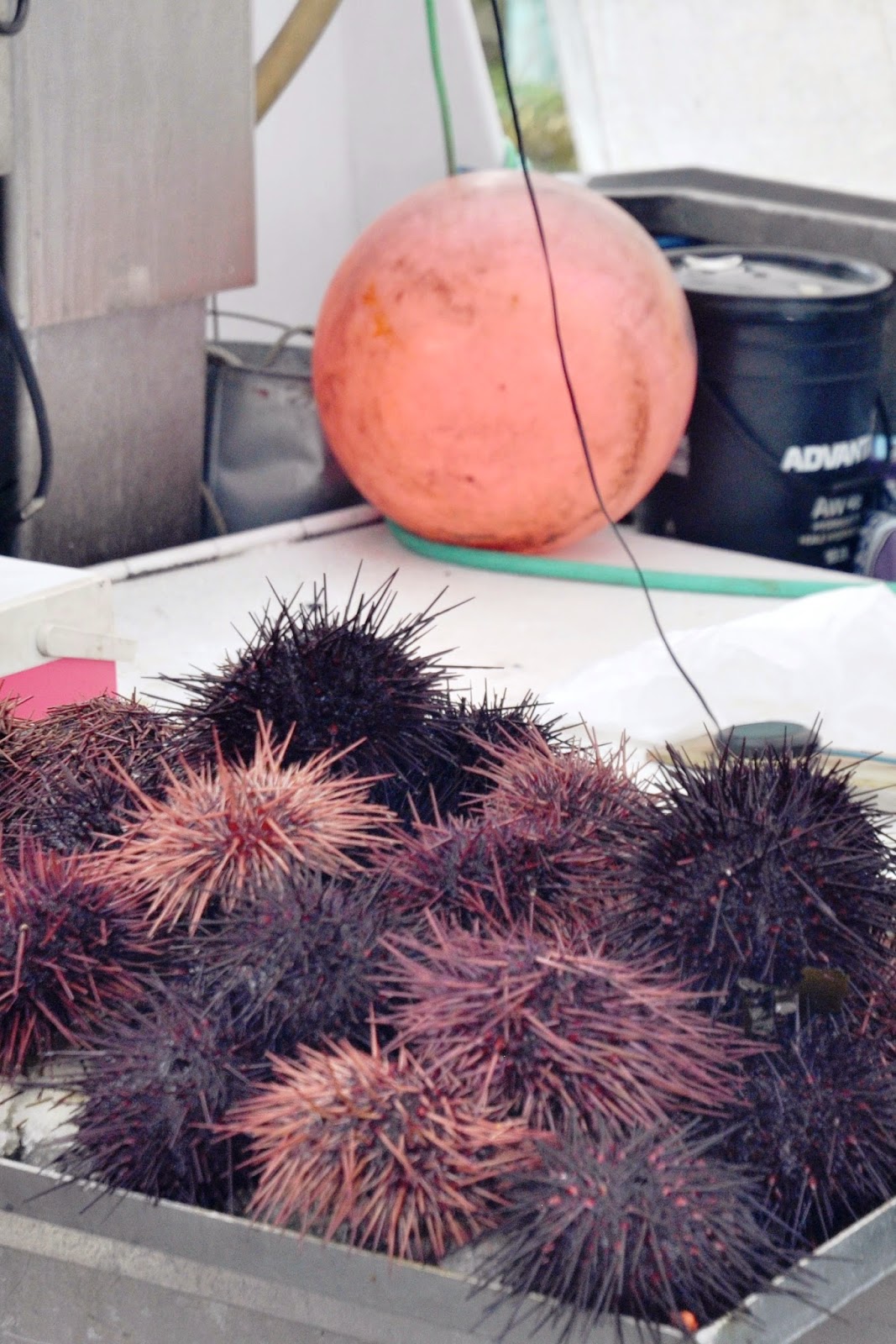 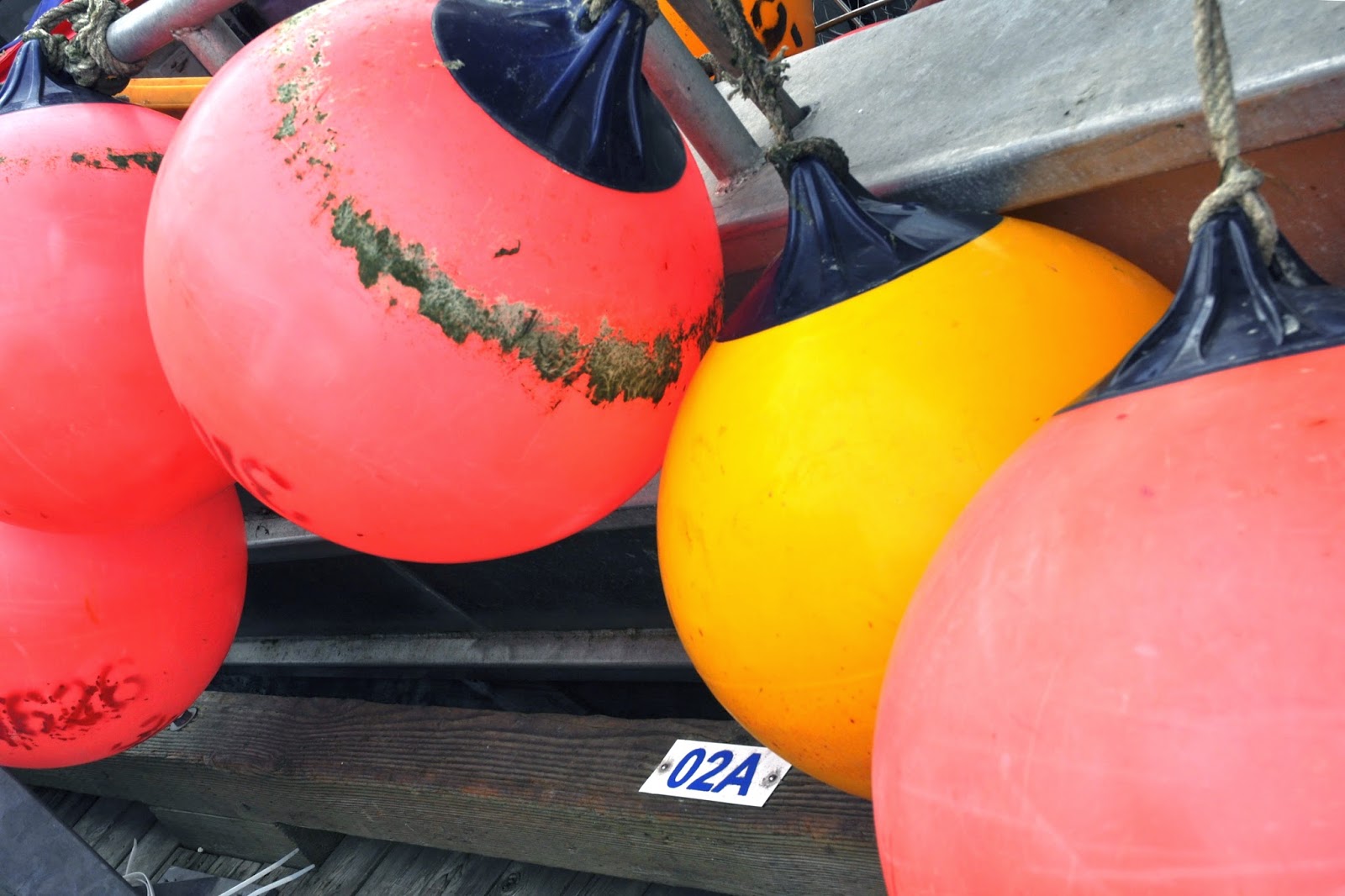 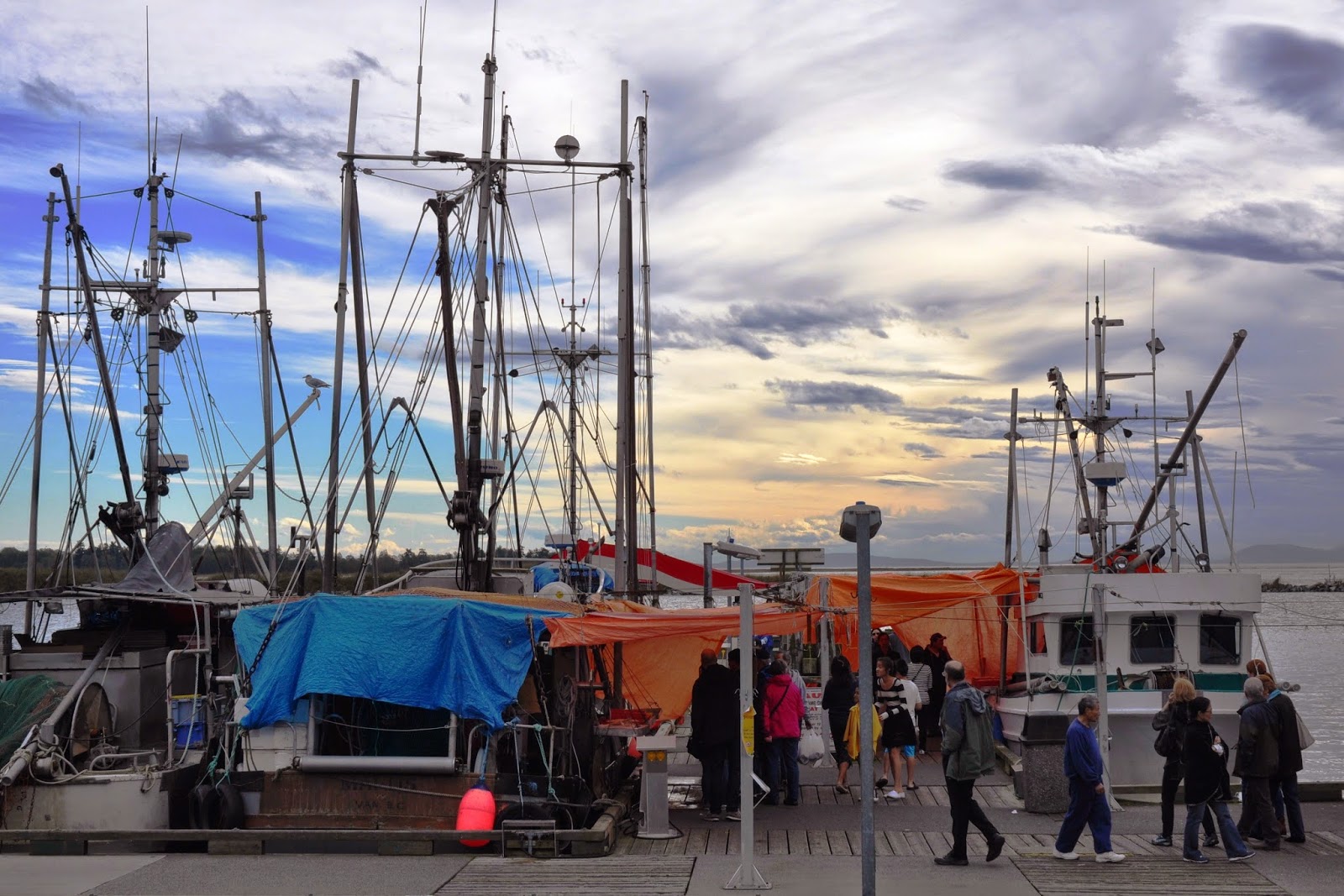 We managed to pass on our usual outdoor fish and chip feed, knowing we were going home to cook, but the dulce-de-leche gelato was beyond resisting.

The tide was higher than we've ever seen it, but I only took a few pictures of the slough as two swans vied for my attention. A local resident told me they are a pair who fly in every fall, and excel at begging for food. 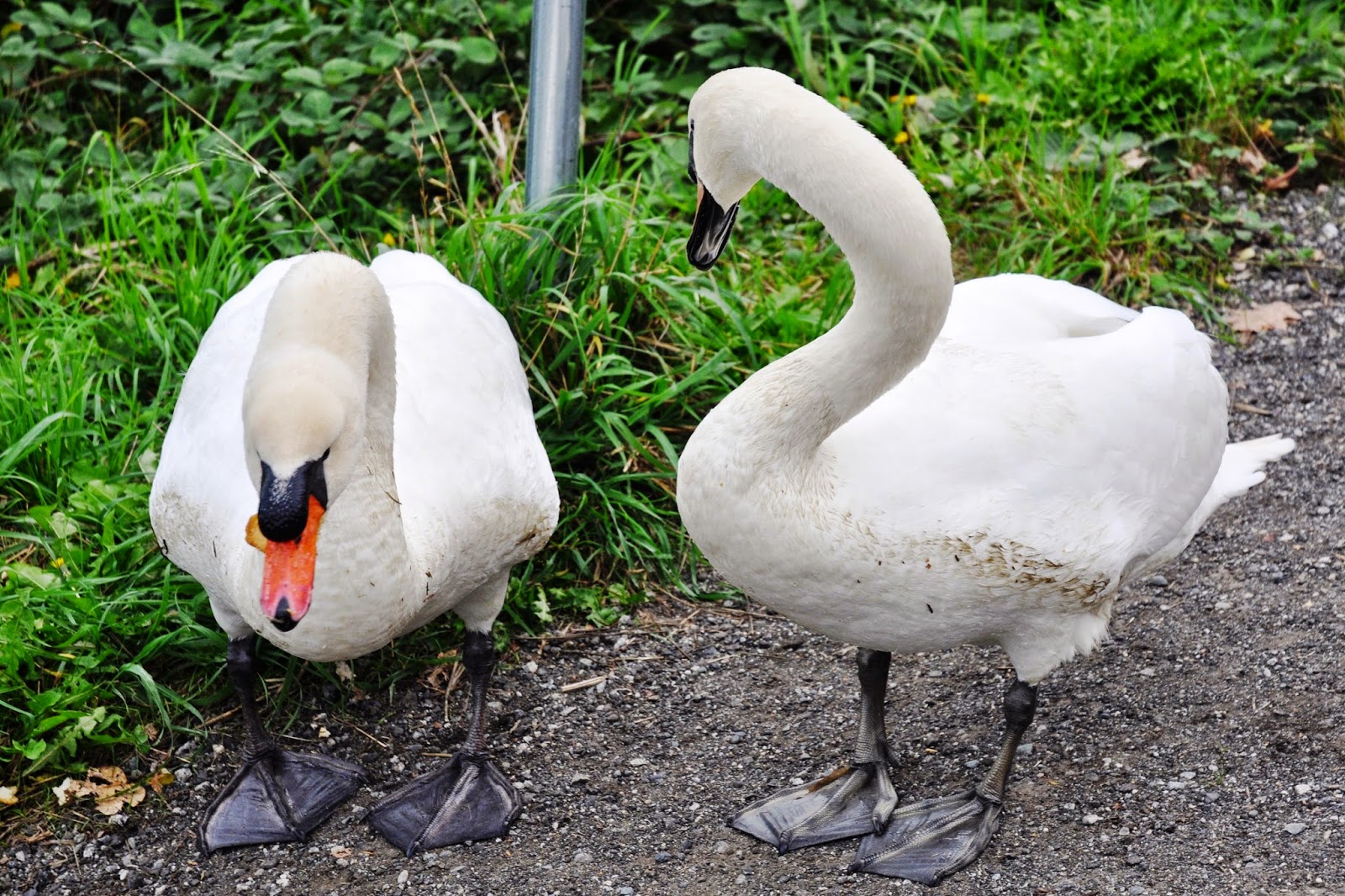 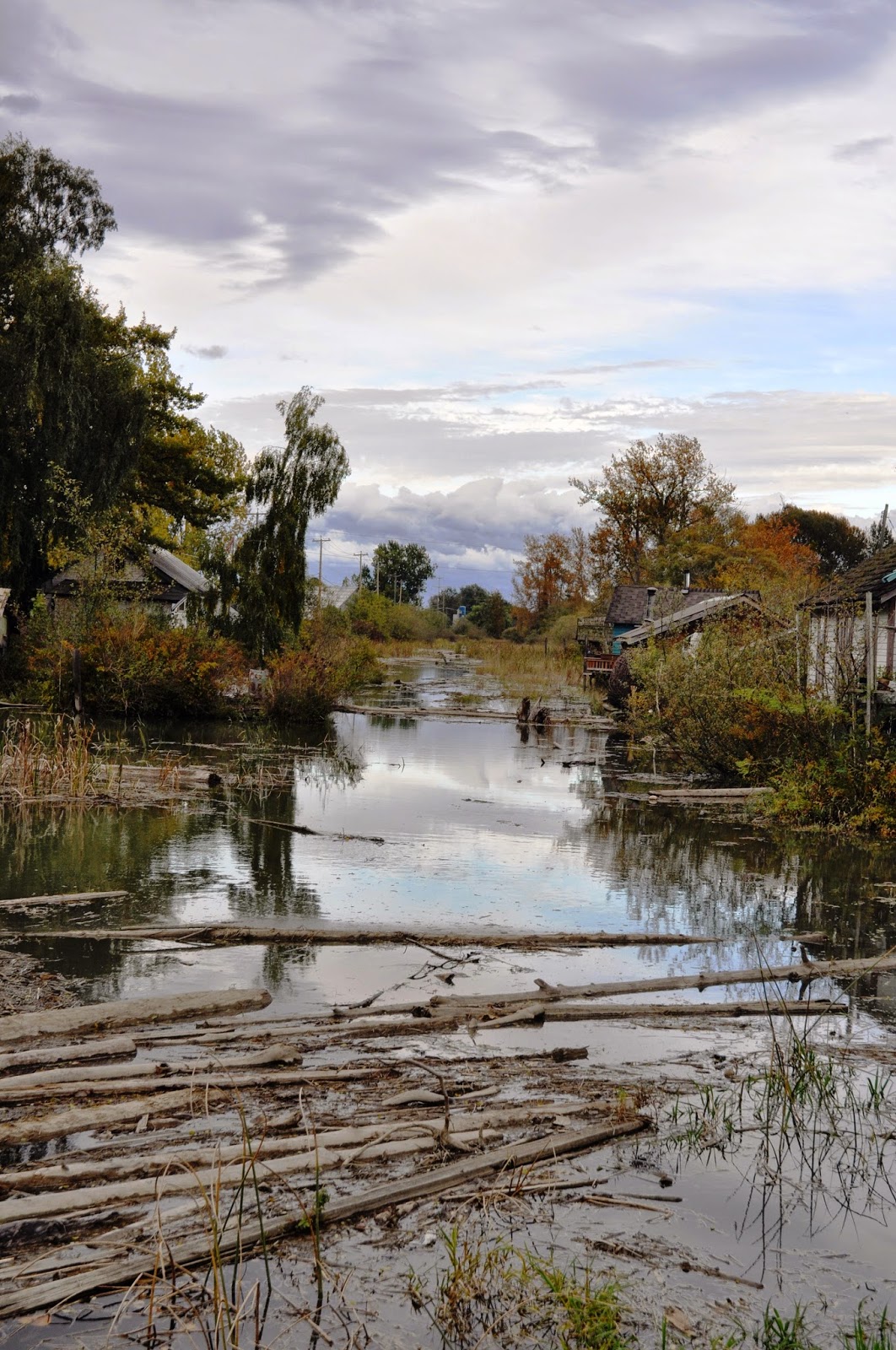 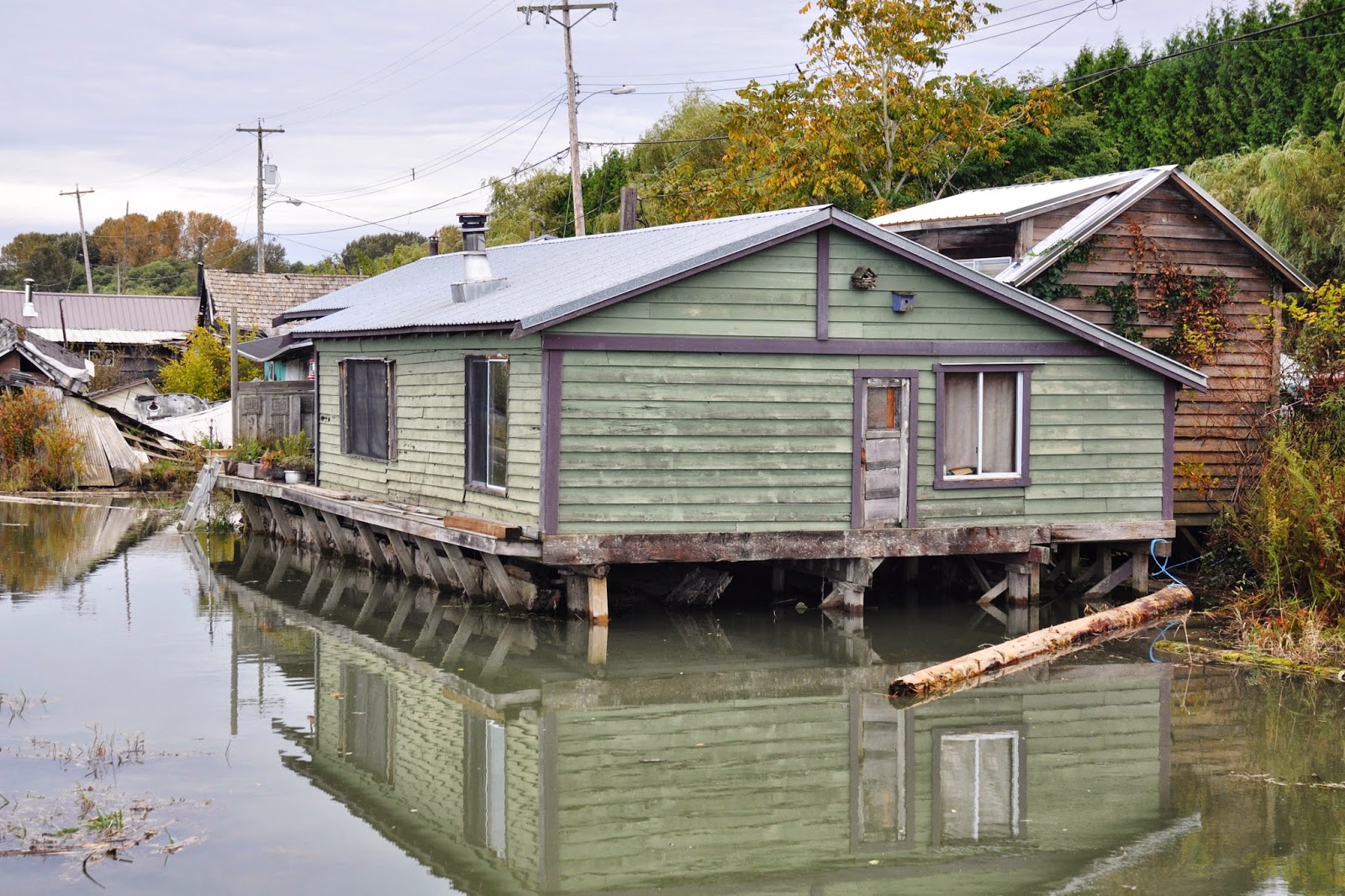 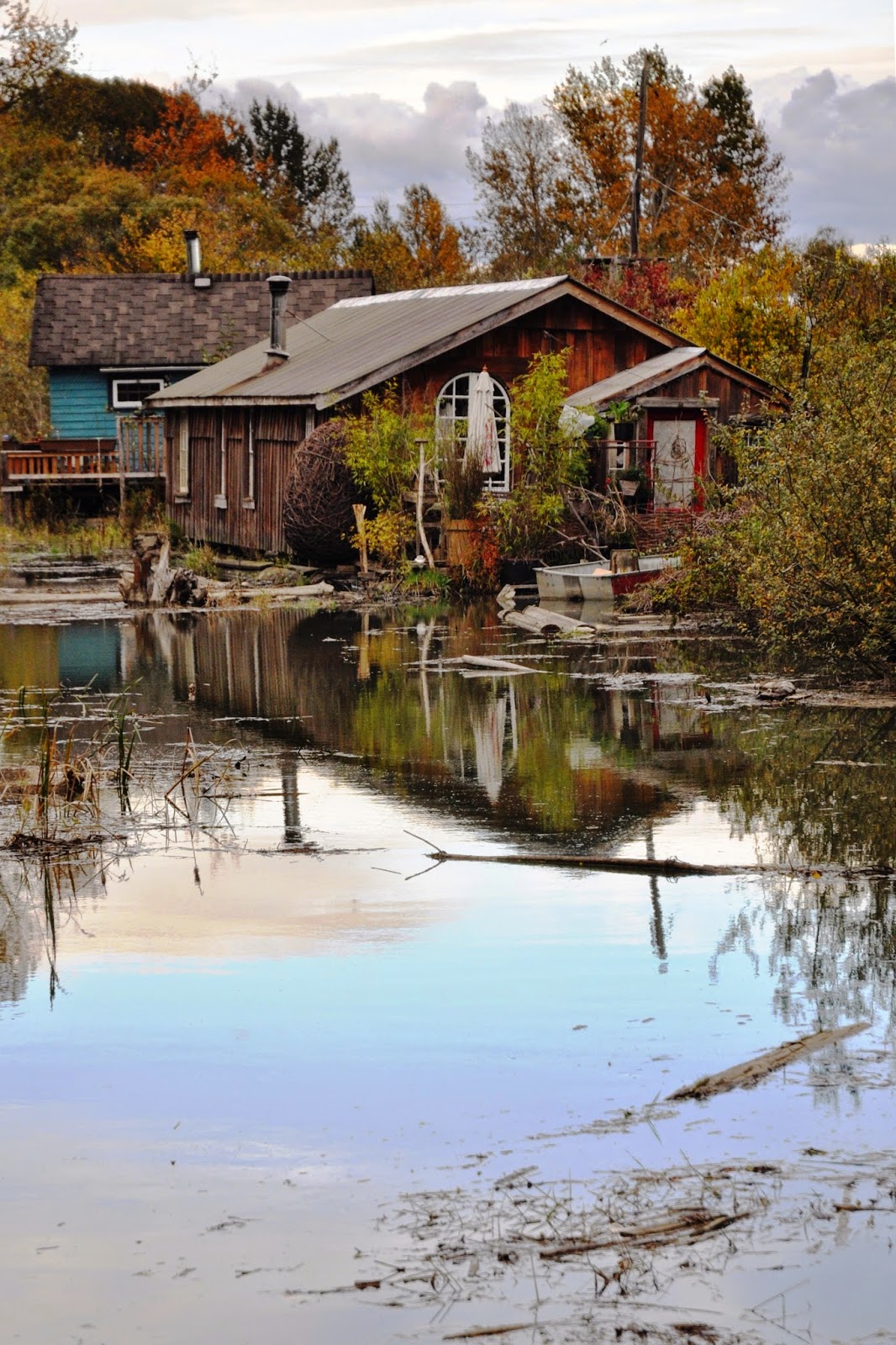 Having just bought an enriched fresh loaf from the bakery, I thought to give them a slice each.

While the female was shy and dainty, the male was pushy and bold. My fingers ended up in his beak a few times, as he saw them only as an extension of the food he was desperate to clamp on to. 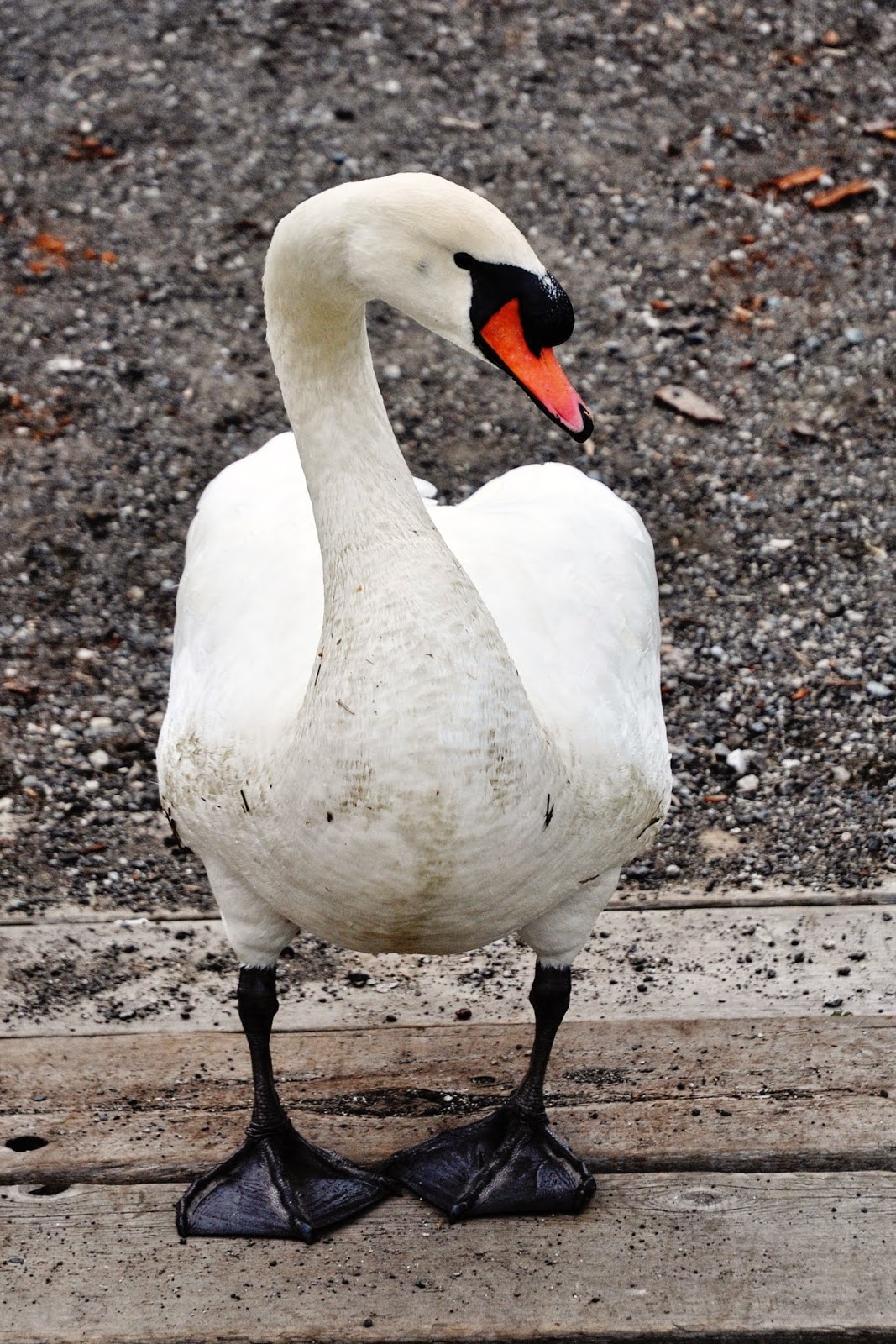 Good thing I'm not   easily bothered by such things. 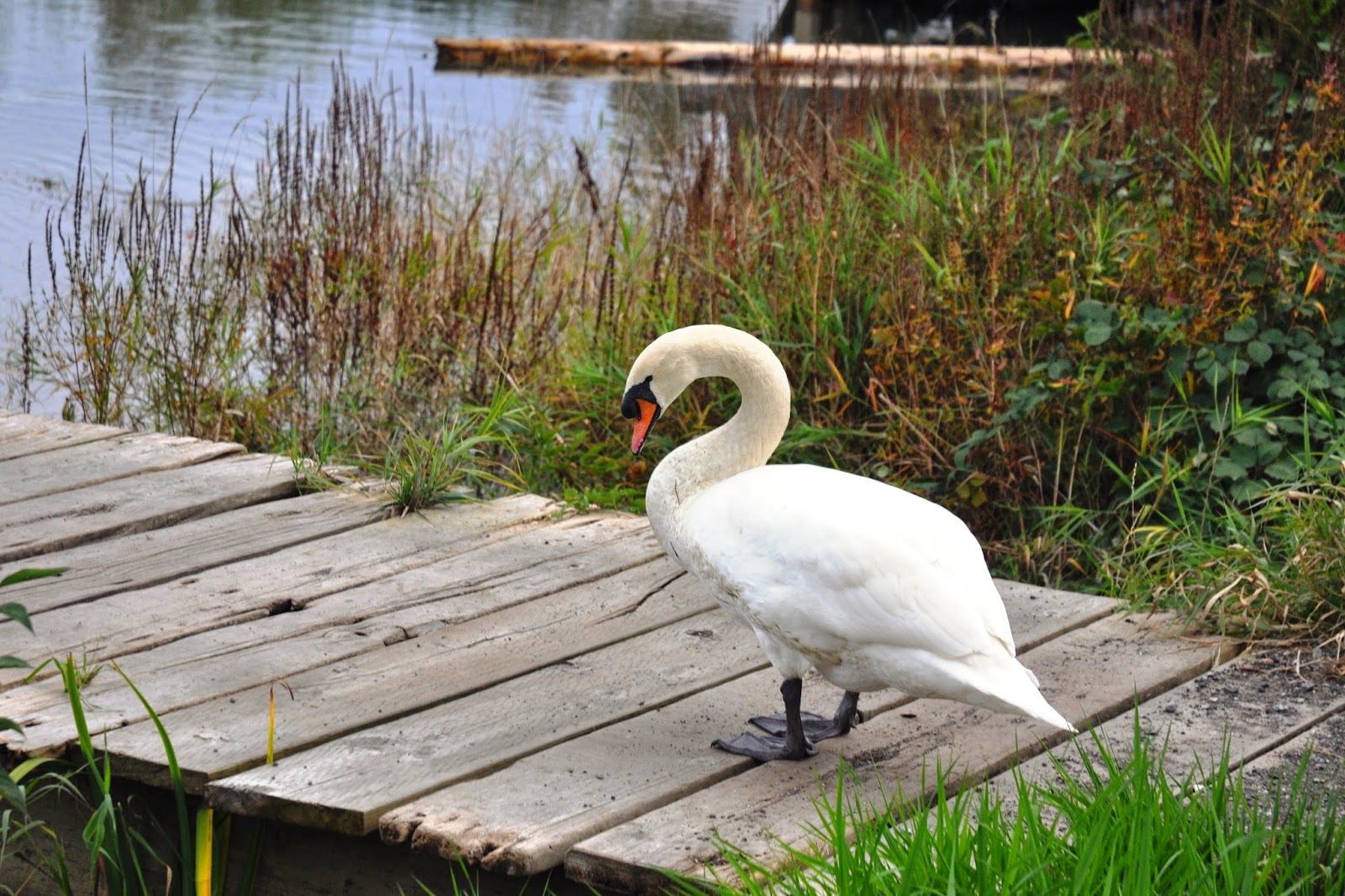 The big male went on sentry duty at the end of the bridge, looking for more handouts, and while I passed him easily, the woman behind me did shriek when the swan stretched his neck  threateningly. 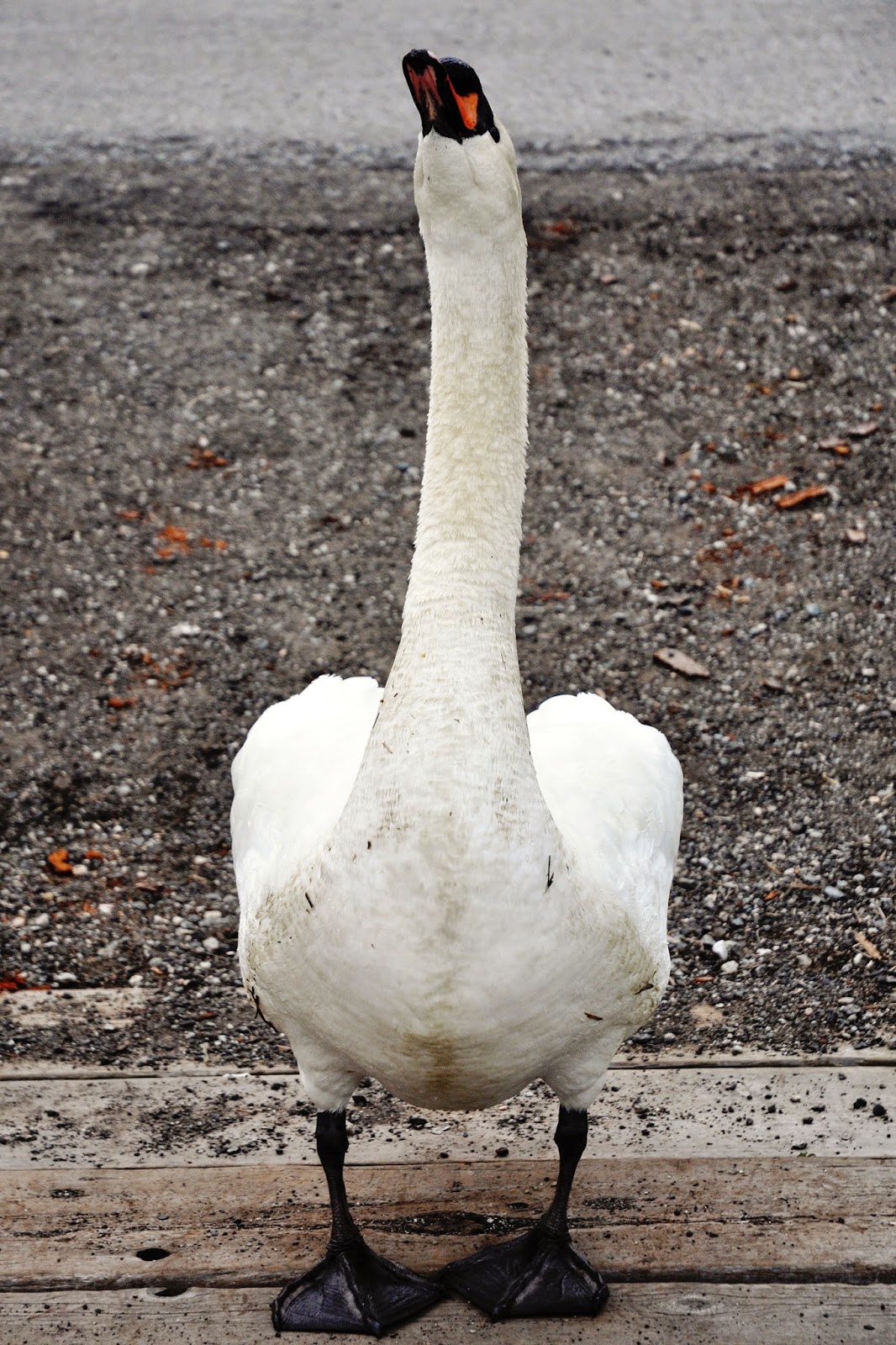 'Twas a wonderful day, with the sky closing in as we crossed the Alex Fraser Bridge to home. The salmon dinner went on the table a little later than usual, but it was well worth the wait... 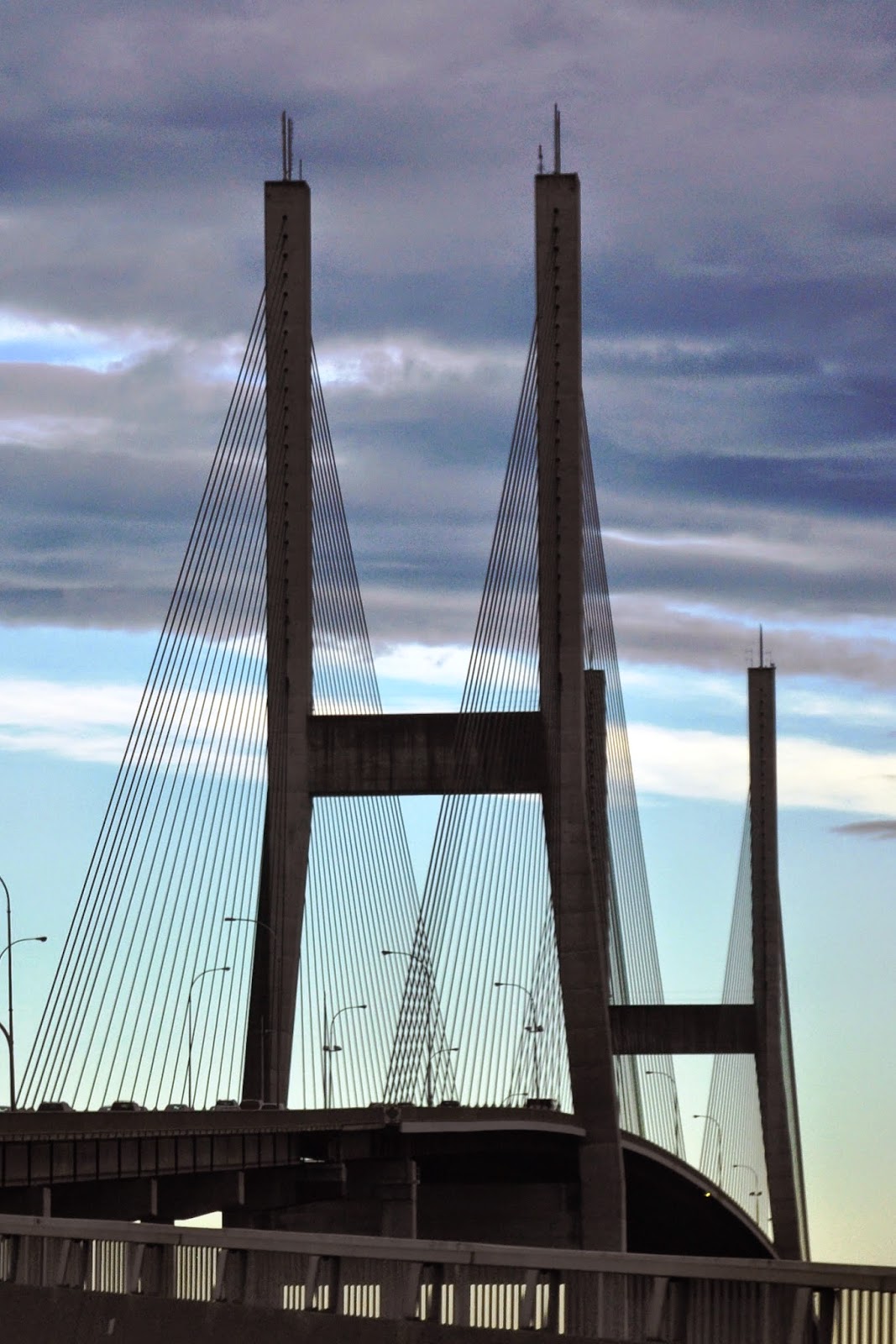 I'm linking up with Our World Tuesday. To see more shots, click on the link below...

Posted by Lynette Killam at 3:53 PM

Beautiful pictures. Being near the water would be a fun day. What are the round burr like things.Years ago my daughter and I saw a swan pair. She thought they flew in. Me on the other hand thought they were placed there. My daughter said, "Well where did they get them." I said probably a swan shop. For some reason we started laughing and couldn't stop.

We are lucky to live near interesting places to explore. The webbed feet of the swans caught my attention … they seem so sturdy and remind me of black rubber boots. All photos in this series are amazing … some look like well executed watercolors. You may have slowed down your blogging a bit but the photography is better than ever.

Absolutely BEAUTIFUL photos. The lowering cloudy skies are so beautiful. LOVE those funky floathouses and little cabins on the water..........would I ever love to live in something like that. I had a cool weekend, too - will post photos tomorrow. Mine are not very good. I dont have the hang of my camera, not getting very good results with it..........might go back to my old tried and true one.

A brilliant post and I love your inflight shots.

Beautiful photos. The photo of the boats and the stormy-looking cloudy sky was particularly beautiful.

Been wondering where is the imaginative traveller these days, for your pictures are composed in near perfect frames