R is for Road trip 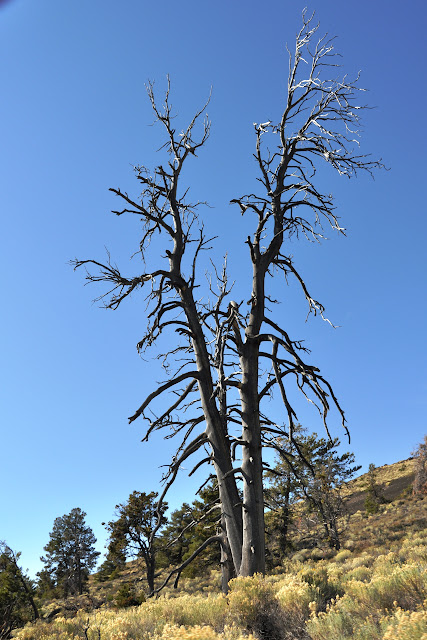 My husband and I are masters of the Road Trip. Few things please us as much as  the road ahead of us with only the vague hint of a schedule we know can change at the promise of an interesting detour. 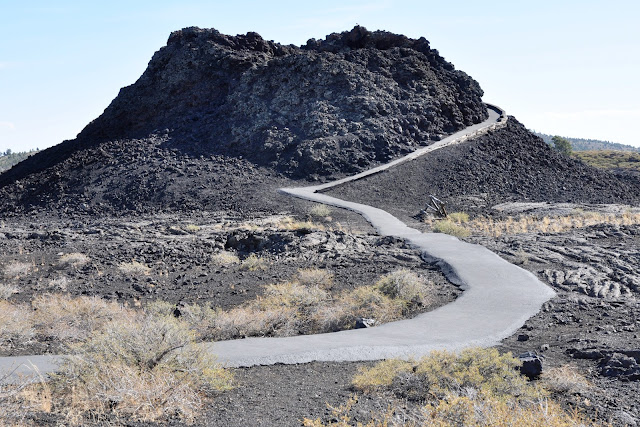 We had only five days free last October to explore. Beyond knowing that I wanted to see Montana, we were open to anything. In that five days, we managed to cover five states, drove four thousand kilometers, and saw three of the National Parks I love so much. 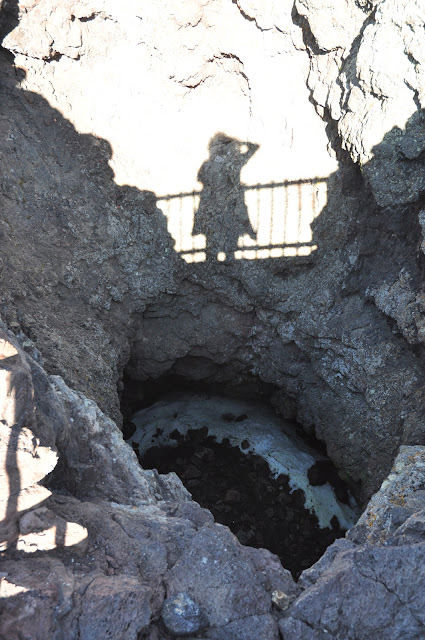 Driving through Washington and Oregon, we stopped at Craters of the Moon National Monument in Idaho, as otherworldly a sight as you could ever see.

With temperatures sitting at 100°F, I was amazed to see patches of snow still held in the lava beds. 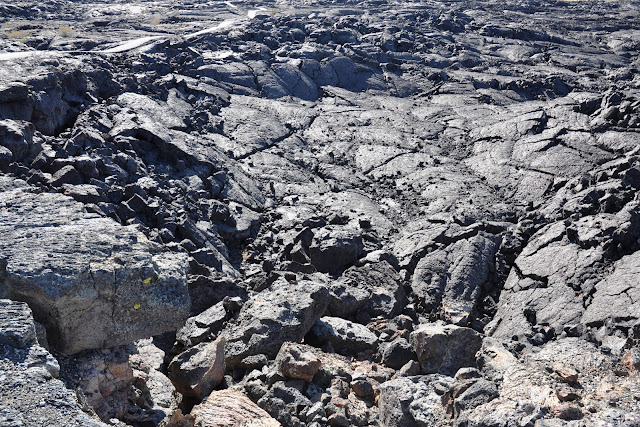 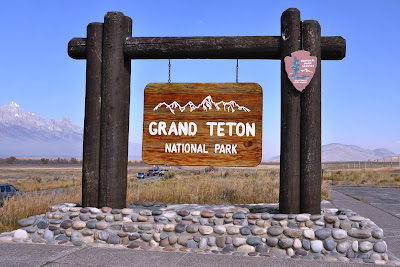 The Tetons have been on my bucket list since I first saw Ansel Adams' renowned shot of them in his Mural Project.

On our tight schedule, there was little time to stop and look around, but what we did see of them was marvellous to behold. 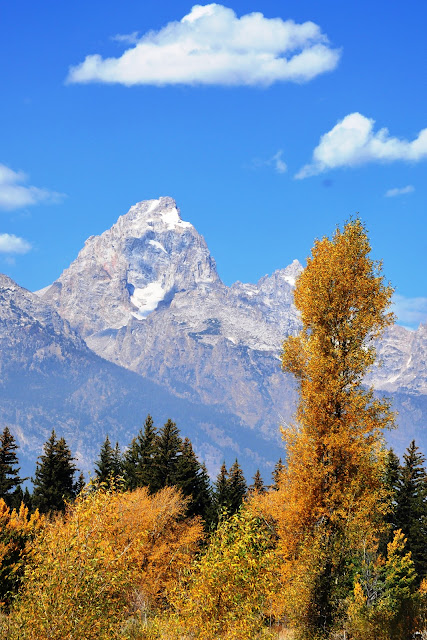 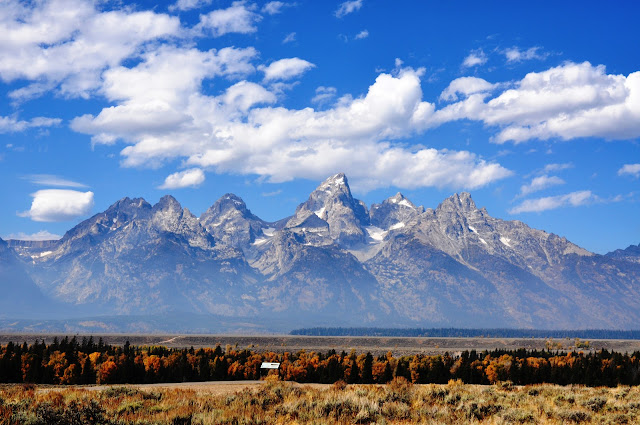 Those familiar with Ansel's Teton /Snake River photo will see that mine falls short of his iconic interpretation, not helped by the fact that a slow, steady fire worked a line of smoke across the base of the mountains. 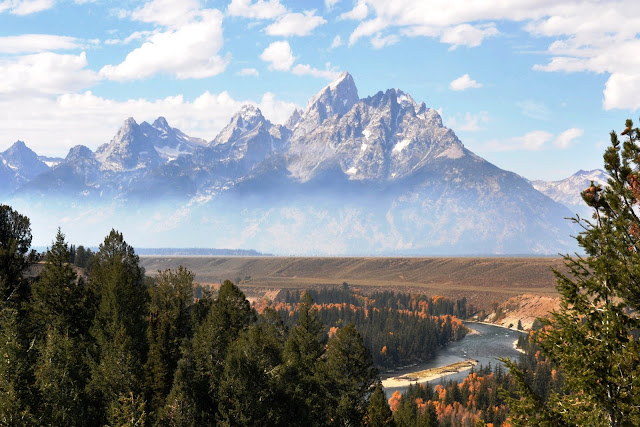 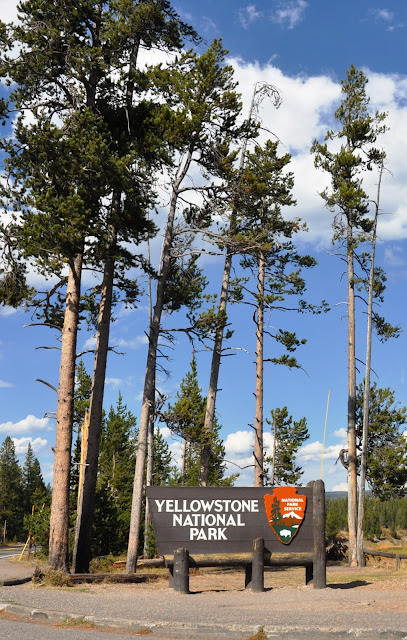 Yellowstone enabled
me to tick off
another must-see
item on my bucket list.

I waited as eagerly as
the other tourists for
Old Faithful to make
his brief but spectacular
appearance. 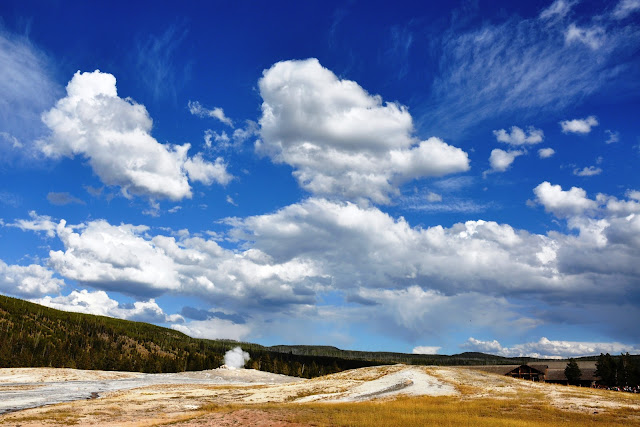 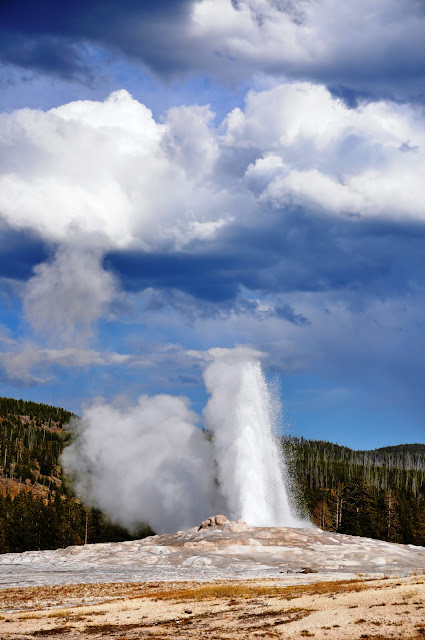 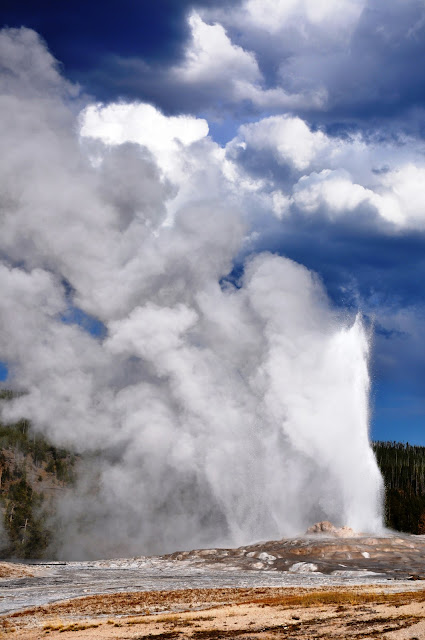 Leaving Yellowstone, we came across the intriguing Mud Volcano Area. Not deterred by the sulphurous air, we spent time studying yet another of Mother Nature's curiosities. 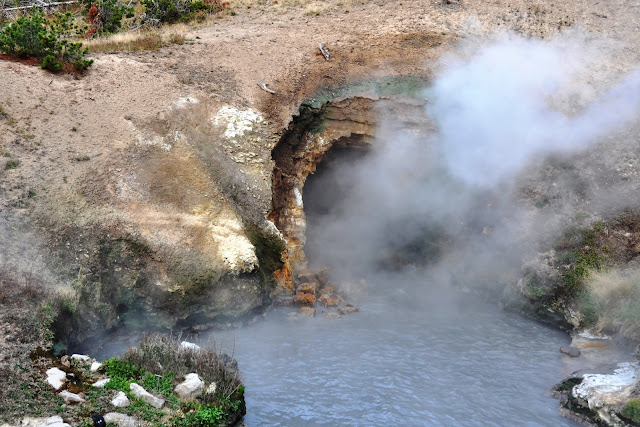 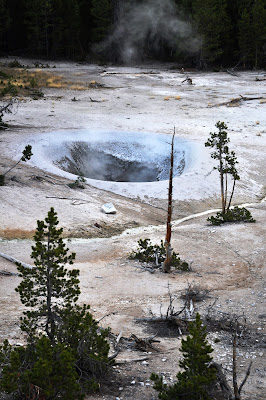 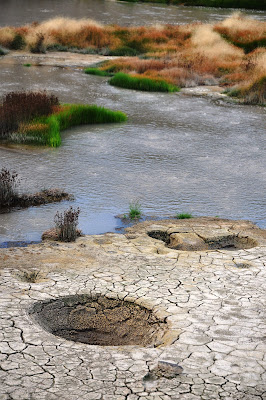 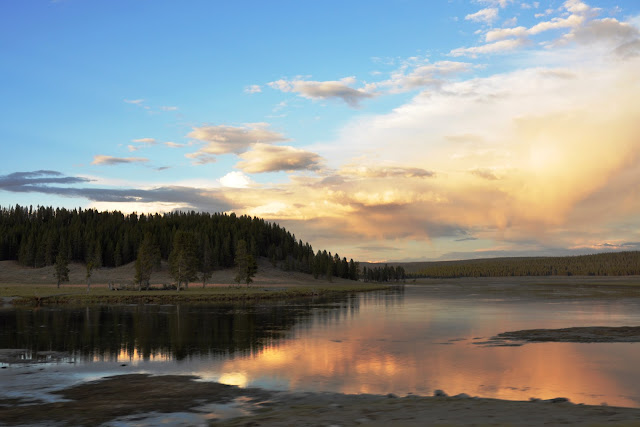 Montana's Pictograph Caves made for another fascinating stop. 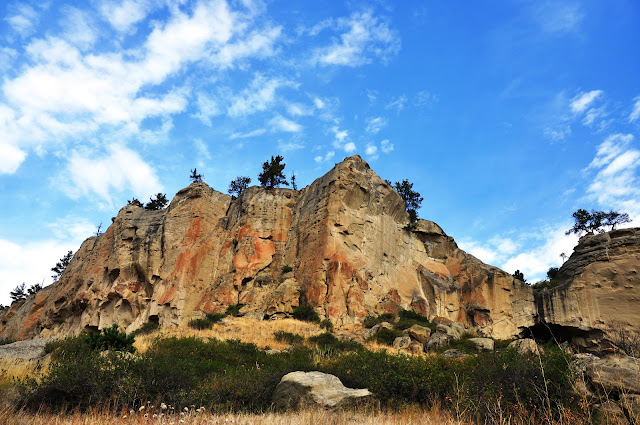 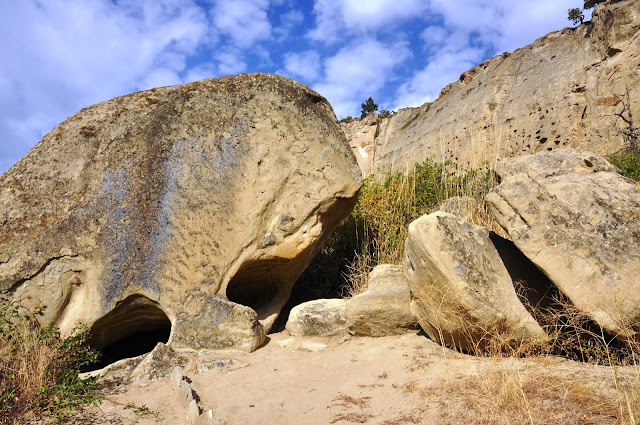 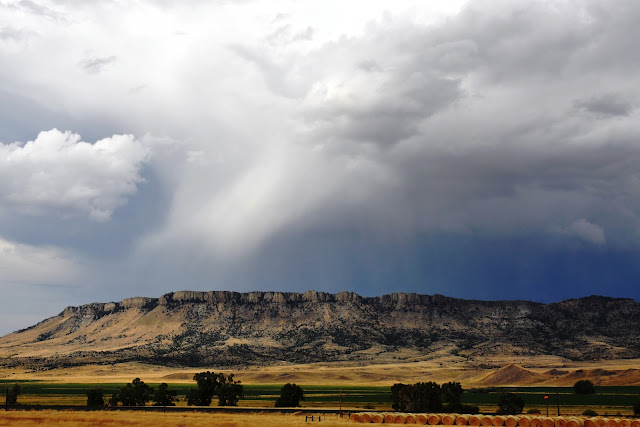 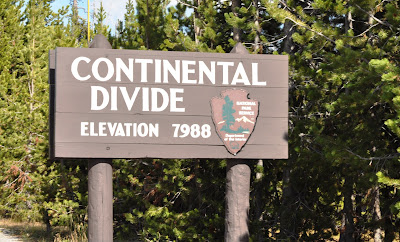 Of course, I took many photos, of which these are only a few. 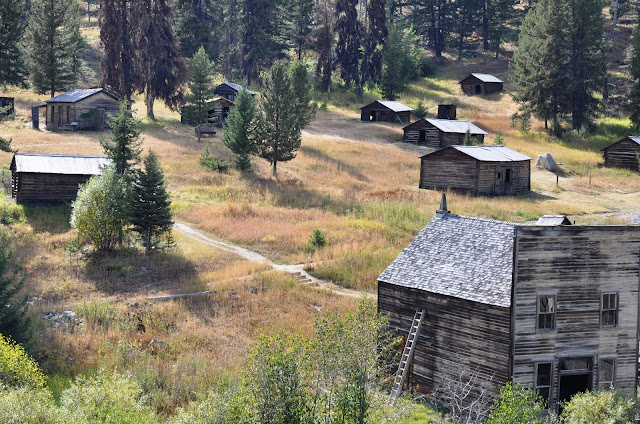 I'm linking this post to ABC Wednesday, and suggest you drop by and check out other takes on the letter 'R'...

these are beautiful shots. but that road, and one terrain shot was mighty RUGGED!
ROG, ABC Wednesday team

So cool, I just love your road trips! Those are on my bucket list for next time too ;o)

There's nothing I like better than watching scenery change as someone drives me past it..........your photos are spectacular. I so envy your wonderful jaunts and the fabulous sights you see - but happy I get to enjoy them through your amazing photos. Absolutely spectacular photos - and places.

Wow! These are incredible photos. I am impressed by the depth of the emotion. Thank you Lynette.

You sure packed a lot into 5 days!

Part of the world I have never seen so really enjoy seeing it all through your eyes. Thanks so much for sharing the road trip. Have a good weekend Diane

personally i think your picture of the Tetons is fabulous. the smoke gives it an interesting depth effect

Your road trip pictures are stunning! I’d love to have a road trip there. It seems we go out of the country on holiday but we should go west next time. I like the beautiful cloud effect.

You are so fortunate to have a husband who loves to be spontaneous and adventurous on a road trip! Mine wants every detail planned out ahead of time, but I still love him. The Grand Tetons look spectacular despite the haze of smoke, and Yellowstone's Old Faithful and the mud pots are stunning, too. We went with our 3 sons there in 1986...I'd love to see it again.